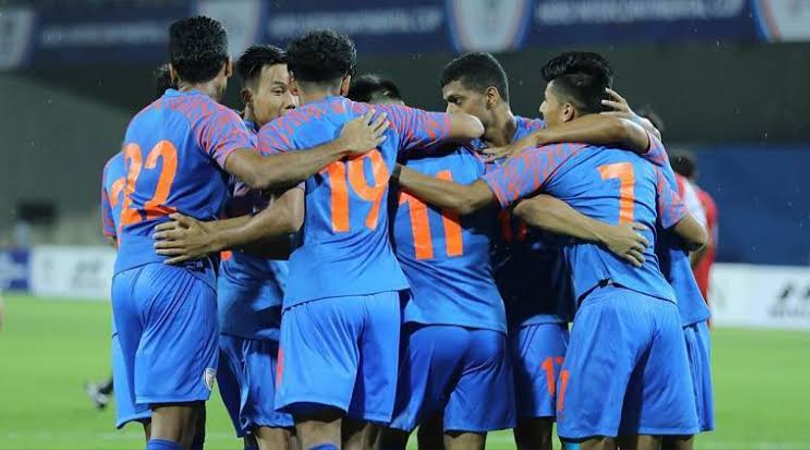 India will take on Bangladesh in their penultimate Group E Qualifiers match of the FIFA World Cup 2022 and the AFC Asian Cup at the Jassim Bin Hamad Stadium in Qatar on Monday, 7th June at 7:30 pm IST, 5:00 pm Doha Time, and 8:00 pm Bangladesh Time.

Team India is coming off in this game after a 1-0 loss against Qatar, while Bangladesh is coming off a 1-1 tie against Afghanistan in their respective FIFA World cup qualifiers matches.

India is now fourth in the Group E Points table, with three points from six games above Bangladesh, who have two points from six matches. Rahul Bheke, who was sent off for a second yellow card against Qatar, will miss this match for the Indian team. Meanwhile, Bangladesh will be without the services of Sohel Rana.

The Indian team was successful in maintaining a disciplined and solid defense against Qatar. India’s offense, on the other hand, appeared to be sloppy and ineffective. They will eye to make a comeback in this game with proper planning and preparation. On the other hand, Bangladesh will try its best to give a tough fight to the Indians.

BAN vs IND: Head to Head

India and Bangladesh have faced each other in 29 matches with the former dominating the records with 15 wins, 12 draws, and just 2 losses. The last time the two teams squared off the game ended in a 1-1 draw.

Top Picks for BAN vs IND

In the encounter against Qatar, Gurpreet Singh Sandhu performed like a beast. He made incredible saves and blocked shots that appeared to be impossible to respond to. Although he couldn’t stop Qatar’s lone goal, he received praise from fans and experts all around the country. He would be one of few obstacles in Bangladesh’s path.

After seeing Manvir Singh play against Qatar, it can be said that he has the potential to be a game-changer. Manvir’s last performance was notable for the speed and pace with which he performed. His ability to make quick sprints might pose a serious threat to Bangladeshi defenders.

Jamal Bhuyan is a defensive midfielder who also serves as the captain of the Bangladesh national team. When Bangladesh faced India in 2019, he was the best player on the field. Jamal Bhuyan will be crucial to Bangladesh’s fortunes if they hope to pull off a fairy-tale upset or even eke out a point.

Topu Barman is a regular for Bangladesh’s national team, and he played in the most recent match.  He secured a solitary point for the team after scoring an equalizer in the final minutes of the game against Afghanistan. On his best days, his tenacious defense poses a threat to the Indian side.