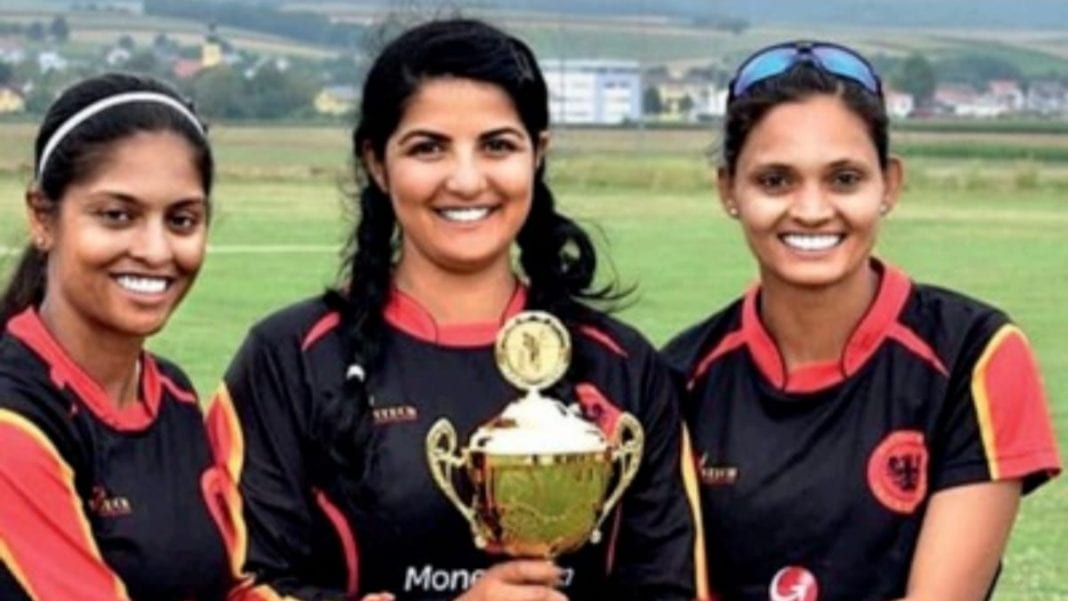 Anuradha Doddballapur, Karthika Vijayaraghavan and Sharanya Sadarangani were amateur gully cricketers in Bangalore. Their higher studies to become a research scientist, telecommunication engineer and high school teacher led all three to the European country of Germany. Amidst the pressure and stress of their grueling studies, they never ditched their true passion: cricket. These three are testament to the fact that one must always keep their dream and passion alive and burning no matter the circumstances.

Anuradha is the captain of the German Women’s National Cricket Team. She traces her cricketing experience to playing in the stress of South Bengaluru following which she trained with the likes of Robin Uthappa and Manish Pandey at the Karnataka Institute of Cricket. Although she had passion for cricket, she thought she couldn’t make a career out of cricket. So she stuck to academics.

The German skipper says, “I don’t think any of us thought that we could make a career out of it or it would give us financial stability”. Her masters took her to England and her doctorate to Germany. Even while pursuing her doctorate, she could not let go of cricket. She decided to contact the German Women’s National Team and within 2 years, she made her debut.

The quality of cricket is obviously vastly different compared to back in India. However, Anuradha states that she loves playing for the team. She says she wears the German jersey with as much pride as she would have worn the Indian jersey. She has expressed her desire to help the sport grow in the country.

Unlike Anuradha, Karthika’s foray into cricket was a bit late. She was dissuaded from playing cricket because her family believed it was a ‘man’s sport’. However, it was her supportive husband who encouraged her to take it up. There has no looking back since then. She made her debut in 2018 and is now the wicketkeeper for the German team. She also works as an app developer.

Karthika has mentioned concerns about India’s societal standards. Despite being persuaded by family to think about motherhood instead of cricket, Karthika is unfazed by such pressures thanks to her husband’s support.

The youngest of the trio, Sharanya represented Karnataka in the U-19 domestic circuit before her move to Germany to be a teacher meant she would have to play for Germany instead of India. But Sharanya has stated that she is happy to play for a national team even if it’s not India.

These three women from Bengaluru are living examples as to why one’s passion and dreams can never be suppressed and why they must always be pursued notwithstanding the situation one is in.