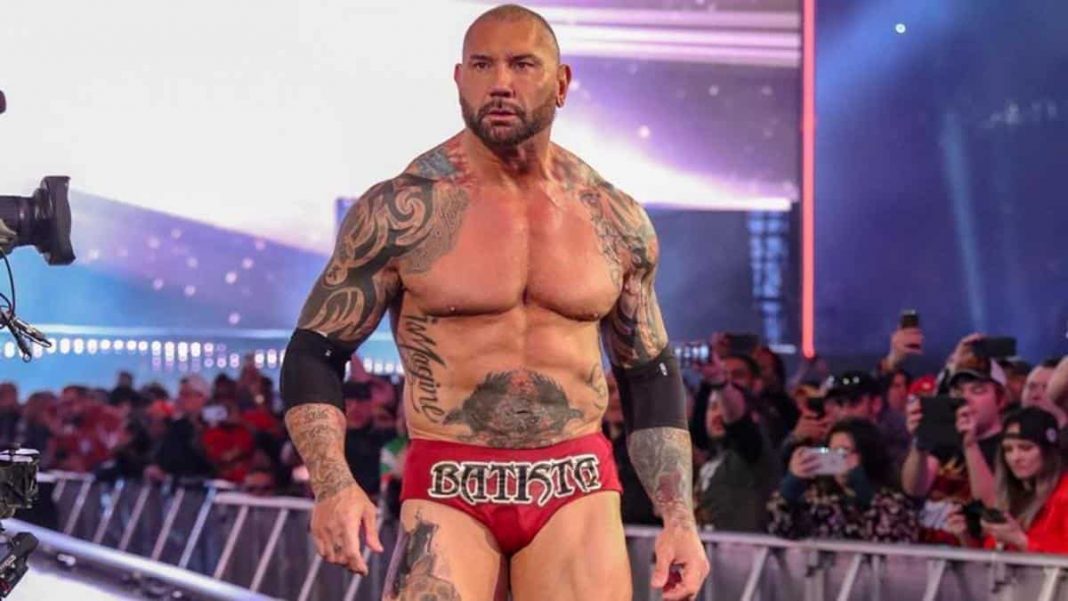 Former WWE Superstar, Paul Wight (The Big Show) recently made his first appearance on AEW: Dynamite. During his segment on the show, Wight mentioned that AEW had a big surprise in store for the fans.

Paul Wight said that a “hall of fame worthy” wrestler would be signing with AEW on Sunday. As soon as the segment aired, fans started speculating that who is AEW’s mystery signing.

One of the fans pointed out that Wight might’ve intentionally mentioned “Evolution” instead of “Revolution”, hinting that Batista is the mystery signee. But the WWE legend took to Twitter to shoot down the theory.

“The Animal” Batista is among the biggest WWE stars. He has won six WWE World titles, four Tag Team Championships and two Royal Rumbles. He was announced for the WWE Hall of Fame class of 2020, but the ceremony never took place due to the pandemic.

Batista last wrestled in a match at Wrestlemania 35, where he lost to Triple H. Since then, he has stated on numerous occasions that he has retired from wrestling and wont be returning.

Paul Wight’s signing with AEW was surprising, but now they have another surprise in store for the fans. Whether the mystery signing is from WWE too will be revealed at AEW’s upcoming PPV on Sunday.