The developers of Battlegrounds Mobile India have already released the 1.5 update of BGMI with many new features as well as new weapons. Several players have tried the new weapons and in this article we compare the two LMG guns i.e. M249 and MG3.

A variety of weapons is what BGMI is known for. The developers of the game are making sure that players experience a realistic atmosphere of battlegrounds by providing different set of weapons. The weapons range from pistols to snipers. Amongst these weapons, LMG (Light machine guns) have a high fire rate and renders a considerable amount of damage to the enemies. The new update of Battlegrounds Mobile India has brough a new LMG weapon- MG3 which can be considered as a replacement of M249.

Is MG3 better than M249? Let’s look at the article below

Availability of the weapons

Both the light machine guns are lethal in close range combats and players can easily wipe a whole squad with the help of M249 or MG3. However, M249 has a high base damage i.e. 45 whereas MG3 provides a base damage of 40. Due to the continuous and fast firepower of MG3, players are preferring to use the new weapon

Ammunition capacity & Attachments of the weapons

Both the LMG guns are available in Auto firing modes where MG3 provides an option to the players to switch it to 660 rpm as well as 990 rpm. Players can use the 660 rpm if they feel their weapon is shaking too much. If we talk about rate of fire, then MG3 is certainly a beast weapon.

Overall, the new MG3 weapon in BGMI has left the players satisfied with its high rate of fire and low recoil compared to other LMGs. It would be worthy to risk your virtual lives and seek this weapon in the air drops. MG3 is indeed the best substitute of M249. 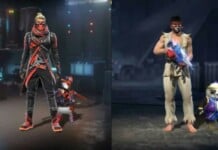