BGMI India Series 2021 was announced by Krafton on 15th July,2021 on the official website of Battlegrounds Mobile India as well as different social media channels of BGMI. The announcement left several BGMI lovers excited and the best part of this tournament is that it’s an open for all tournament where any team can participate if their player’s tier is above Platinum V. Since it’s the first eSports tournament of BGMI, Krafton is providing a chance to every player to showcase their gaming skills in a competitive atmosphere. Ever since its launch, BGMI’s popularity is escalating day by day. As of now, the game has surpassed 1 Crore downloads on Google Play Store. The game now boasts 16 million daily active users and 2.4 million peak concurrent players.

It is an obvious fact that eSports organisations won’t miss their chance to expand their rosters in Battlegrounds Mobile India. As a result, Reckoning eSports have announced their entry in the game by revealing the rosters for BGMI.

Reckoning eSports is one of the Top Indian eSports organisation owned by Sharang Naicker aka “sharkyy.” The team was founded in mid-2016 and started competing in national tournaments. The organisation mainly focuses on Asian Esports Talent and Community Development for esports. Reckoning Esports is the first Indian organization to on-board a whole team of international players. This organisation has teams for DOTA2, CSGO, PUBG Mobile & Valorant and has made their entry in Battlegrounds Mobile India by announcing their roster.

Reckoning eSports in their official Instagram handle revealed the names of their BGMI team linup. The players acquired are:

With a host of young talents, everyone is keeping an eye towards this team lineup. These players were a part of Walkouts eSports where they participated in PUBG Mobile Revival India Series which boasted a prize pool of 1,00,00 INR. The team bagged the 12th position.

Maxy and Mr. Spray are both experienced in the eSports atmosphere as they were a part of Team Tamilas and were able to reach in the finals of PUBG Mobile Pro League- Spring Split 2020: South Asia Finals. They were also able to bag the 7th position in PUBG Mobile India Series 2020. Mr. Spray’s in-game leadership skills will bring a charm to the team.

Abrar and Beard Baba are one of the best fraggers of BGMI. Their assault skills in the game leaves several players spellbound. In addition to that, Abrar’s sniping skills is a thing to watch out for in various tournaments of BGMI. Abrar was one of the top fragger achieving 26 kills in Battleground of Legends, an invitational scrim of BGMI organised by OP officials and SVK eSports.

With a new set of young talents, fans of BGMI are waiting to view varied forms of in-game tactics by these players. With this announcement, fans are now eagerly waiting for the beginning of the first tournament of BGMI. 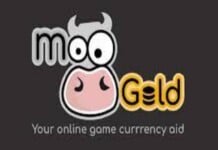 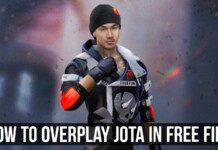