Home Martial Arts UFC ‘Be ready in June i’m going to give you real Chechen inside... 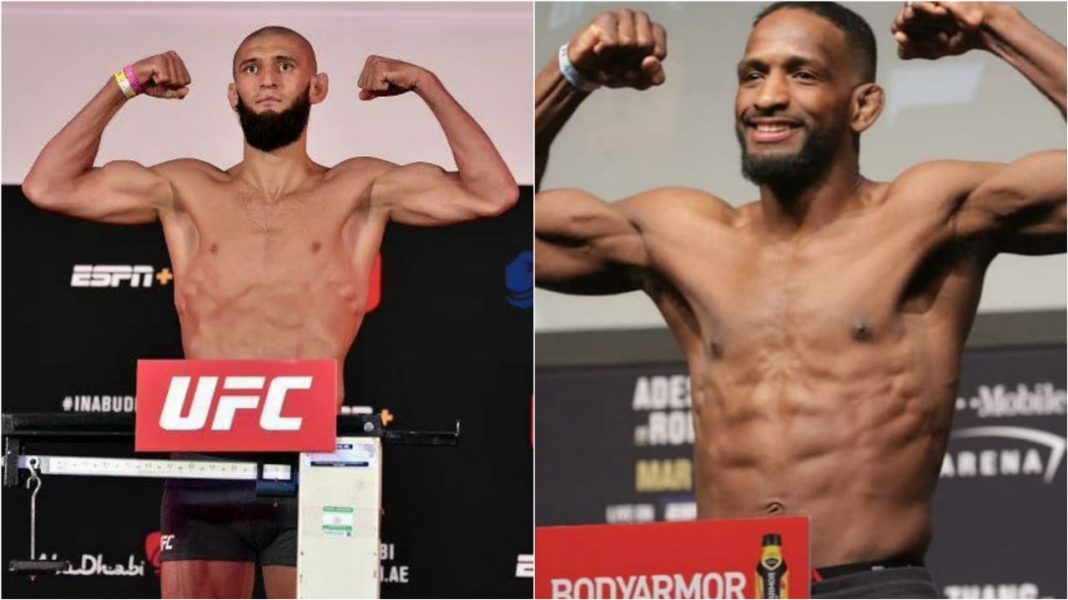 Khamzat Chimaev, one of the most sought after fighters in the UFC right now, has been battling severe health issues in recent times. His fight with Leon Edwards has already been cancelled several times, due to both the fighters testing positive for COVID, on different occasions. Though Leon recovered, Khamzat is still recovering from the lasting effects of the dreaded disease.

More recently, Khamzat Chimaev took to Twitter to reply to fellow welterweight Neil Magny, who had called him out, earlier this month, saying that he would slap him (Khamzat) on sight. Khamzat asked Neil to be ready in June, adding that he would show him who the real boss is.

‘I’m slaaping you on sight’ – Neil Magny to Khamzat Chimaev, earlier this month

Khamzat tweeted, tagging Dana White and Sean Shelby, “Be ready in June i’m going to give you real Chechen inside the cage and outside @danawhite@seanshelby“

Khamzat was on a roll before COVID struck. Having made his UFC debut, only in July 2020, Khamzat was already 2-0 up in the UFC, by the end of July. He then took on Gerald Meerschaert and finished him in just 17 seconds. It is to be noted that Khamzat won the performance of the night for all of the three fights.

Neil Magny, on the other hand, is coming off a unanimous decision loss over Michael Chiesa, as recently as UFC Fight Night, January 20, 2020. Taking on Khamzat and defeating him, would do him a world of good,

Do you see this match happening? If yes, who do you think will win?