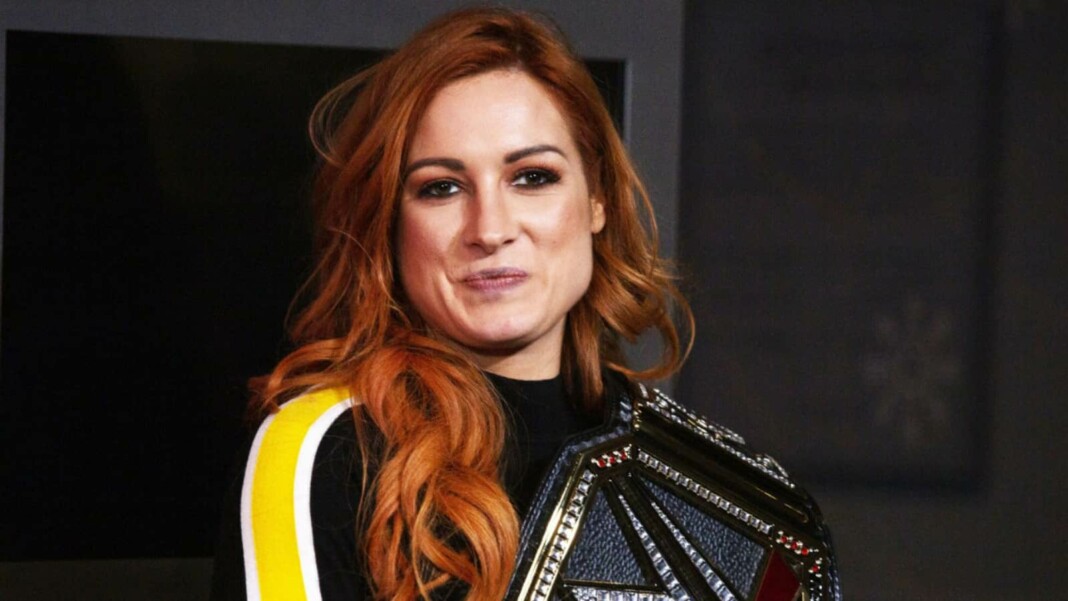 As it has already been reported that WWE is planning for major changes for the live crowds to enjoy, a lot of superstars could make their comebacks to the wrestling ring. With John Cena’s return already confirmed and The rock also speculated to be seen in action soon, now it’s Becky Lynch who is expected to make her comeback. According to a report from PW Insider, Becky Lynch was backstage during the Hell in a Cell pay-per-view.

Although many were of the opinion that she would appear at the event, it did not happen. Perhaps Becky was there to see his husband, Seth Rollins who was in action against the Swiss Cyborg, Cesaro. It all went well for Becky Lynch as the former Shield member stole a clean win against the challenger who ripped him off his pants during his return to Smackdown.

Becky Lynch to return to WWE?

This could be well on the cards as The Man was seen working out at the WWE Performance Center, working towards her return on camera a few days before the Hell in a Cell event. She also worked out in the ring with Indi Hartwell during that time and she is said to be in great shape. Lynch has been out of action since the Money In The Bank PPV last year. She voluntarily gave up the Raw Women’s Title and then took a hiatus to have her baby.

Lynch bid an emotional farewell to the fans of the professional wrestling organization as she stood next to her former opponent Asuka, uttering the touching words of “As happy as you are, I might be happier. You go and be a warrior, I’m going to go be a mother”. Becky was back in training from December and has not stopped ever since. She is said to be fit to make a return to the WWE which would make the Women’s division in the sport even stronger.

With all these reports Becky’s return might be imminent and it is only a matter of time The Man walks out to the ring to regain the RAW Women’s Championship. Becky is best remembered for his feud with The Queen, Charlotte Flair, who won her match via disqualification at Hell in a Cell against Rhea Ripley. Earlier in the day, Becky wished her husband, Seth Rollins on Instagram a Happy First Father’s Day.