The main event of Bellator 256 headlined the rematch between Ryan Bader and Lyoto Machida, this fight was for the light-heavyweight division and Ryan Bader dominated Machida and snatched the victory.

The fight opened with both fighters landing a kick, Machida looked calm and landed some good kicks to the leg as well as the body, he was getting the better of every exchange in the first round.

As soon as the round number 2 got going, Bader show cased his world class wrestling and took Machida down and kept him there, and this was pretty much the story of the entire fight.

He dominated every other round with the same approach and won the fight via unanimous decision to avenge his loss.

Bader-Machida rematch served as the opening quarterfinal bout of the Bellator Light-heavyweight World Grand Prix, and now Bader will move to the next leg of the event to face the winner of Corey Anderson vs Dovletdzhan Yagshimuradov fight.

We are excited to see this event get unfold as there are many exciting matches lined up for the future.

Also read: ‘It’s a bit of a cowardly move, if you ask me’ – Michael Bisping glad that the UFC doesn’t allow knees to a grounded opponent 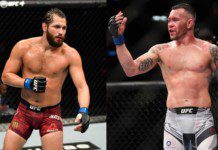 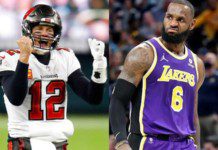