The former UFC women’s featherweight champion, Cris Cyborg faced one of the biggest losses of her MMA career against the two-division UFC women’s champion, Amanda Nunes at UFC 232. Cyborg was the crowd favorite entering into this fight and Nunes created a major upset by defeating her.

Cris Cyborg was one of the most dominating entities in the UFC promotion and after losing her title she joined hands with Bellator and surged her career to a new level. Although, a lot of people see this fight as an upset but Cyborg believes it to be a blessing in disguise.

Talking about her loss against Nunes, in MMA Fighting’s Portuguese-language podcast Trocação Franca, Cris Cyborg says, “Everybody says, ‘Oh Cris, but the Amanda Nunes fight,’ and whatever. In fact, I’m not upset with that fight, that fight happened the way it had to. After that fight happened, it opened a door for other things.”

“I believe I would have stayed in the UFC if I had won that fight, or maybe I’d leave, maybe something would change, but I wouldn’t have what I have right now, and I really think I left the UFC to be blessed. I’m very happy.”

One more reason for Cyborg joining Bellator was to join hands with Scott Coker and talking about him, Cris Cyborg added, “He treats every athlete the same way, it’s a matter of respect for everybody, and everybody respects him. The guy on the first fight of the night in Bellator is respected like the Bellator legend. That’s so nice. And you see Scott Coker’s history, he was a promoter in so many promotions a long time ago. I’m happy to be working with him again.”

“There are many people at Bellator that have worked with me in Strikeforce. It was different in Strikeforce because I didn’t speak English so I couldn’t communicate with them the way I can now. I’m very grateful to be fighting for Bellator and happy to be where I am. I can only thank them.” {H/t MMA Fighting}

“There were good moments, I can’t complain,” Cris Cyborg claims she doesn’t only have bad memories in UFC

Cris Cyborg many times commented that she is earning a good amount of money while fighting under Bellator. But this doesn’t mean she only had bad memories with UFC.

“Everything that went through there had to happen to open doors for other athletes to come, but I was already Cyborg when I got there. I’m glad my fans made that happen, actually. It wasn’t like I was welcome there.. I believe fans fought for that, and that was nice. I fought in my hometown, which was very cool, won the belt, which is another achievement in my career, my third belt before Bellator, and I’m happy for it.” {H/t MMA Fighting} 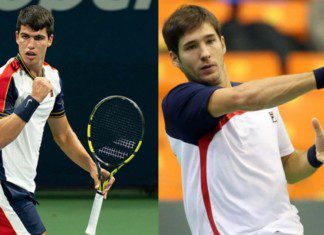