It looks like Fabricio Werdum wants a piece of ‘The GOAT’ Fedor Emelianenko again. Werdum famously defeated Fedor back on June 26, 2010 at Strikeforce: Fedor vs Werdum. Fedor was at the peak of his powers, but that didn’t bother Werdum as he submitted the Russian in the first round of their fight. The shocking thing is that, Fedor was on a mind-boggling 27-fight win streak before taking on Werdum.

Recently, Bellator announced that Fedor will be returning after a gap of almost 2 years. He is set to headline Bellator’s event in Russia on the 23rd of October. It also marks the first-ever Bellator event in Russia. However, Fedor is without an opponent, and the promotion has been actively searching for one.

In the wake of this, PFL Heavyweight and former UFC heavyweight Fabricio Werdum has thrown his name into the mix and expressed his desire to fight Fedor Emelianenko again in a rematch. He posted a series of Tweets expressing his desire to finish Fedor one more time.

Werdum tweeted, mentioning Bellator CEO Scott Coker: “@ScottCoker give me your boy I will finish him one more time FEDOR.”

He then wrote, “IF Fedor The GOAT do you need revenge from me HEY I’m ready to go to Russia.”

His final Tweet read, “Fedor was never the goat because I killed the @ScottCoker let’s go.”

Werdum is currently plying his trade in the PFL (Professional Fighters League). He has just fought once in the promotion in a fight marred with controversy, against Renan Ferreira. The match was originally won by Ferreira, but was later overturned after replays showed Ferreira tapping to a Werdum choke, prior to knocking the Brazilian out.

Fedor, on the other hand, last fought Quinton Rampage Jackson at Bellator 237 on the 29th of December in 2019. He won the fight via. knockout in the very first round. The 44-year old will be looking forward to carrying his winning momentum in his return as well.

Do you see a fight between Werdum and Fedor happening? 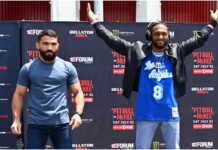 ‘This kid really is the future of the sport…The Floyd Mayweather of MMA’ – AJ McKee confident about keeping his unbeaten record intact against... 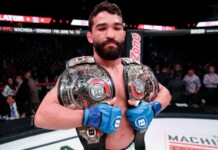 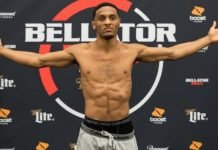 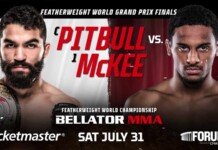 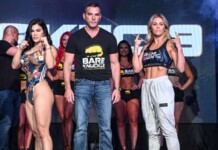