Home Boxing Ben Askren reacts to shoving off Jake Paul at their faceoff! 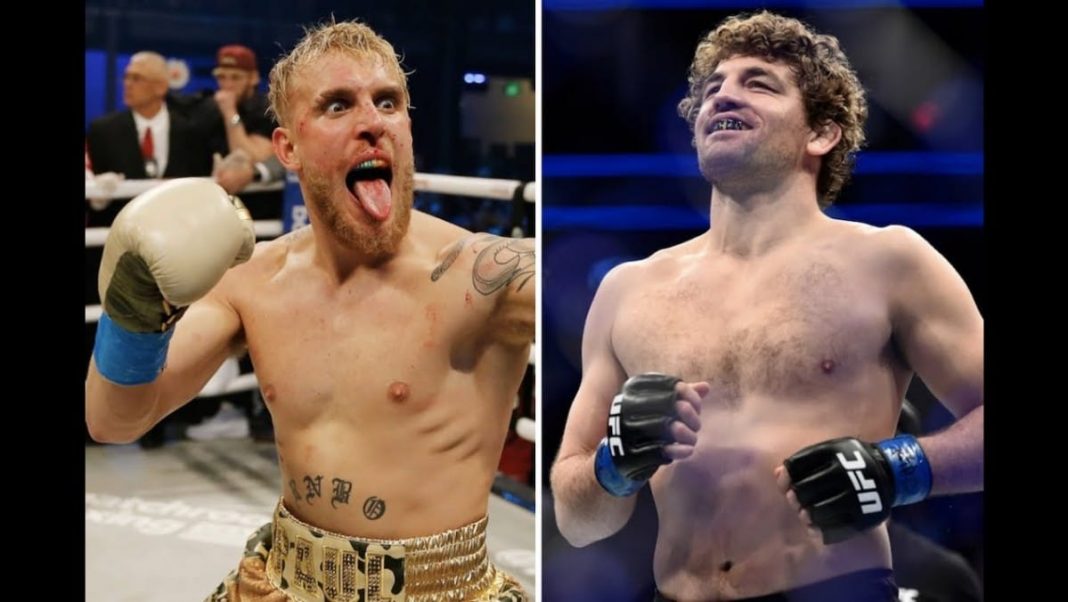 Ben Askren’s boxing debut is inching closer and closer. The former MMA star will be taking on YouTuber-turned-professional Boxer Jake Paul in an eight-round boxing contest on the 17th of April, next month. And, recently the pair had their face-off, wherein things got a bit messy, as there was a bit of a scuffle between the two, with Ben shoving Jake Paul off.

Speaking in an interview with John Morgan of MMA Junkie, Ben Askren threw light upon the shoving off incident and discussed how his boxing training has been going. He further stated that evading punches has been quite easy for him since it is a part of MMA as well.

‘I was out kind of learning to evade punches, so that’s good‘ – Ben Askren

Speaking about the shove-off, Askren said, “Yeah I just stared at him and then you know you could tell he was trying to talk himself into being really tough. And, then you know he came back, kind of at me and I just pushed him away as I left and he didn’t really like that.” [H/T FirstSportz]

When asked about how his boxing training has been going, Askren said, “This has been kind of a whole new ball game for me. I’m learning fast and having fun with it. I think I’m relatively effective. I didn’t get hit frequently in mixed martial arts. I want to say naturally, I guess I was out kind of learning to evade punches, so that’s good.“[H/T FirstSportz]

Ben Askren has no experience in Boxing. But he is a well established wrester and mixed martial artist. He last fought Demian Maia in October 2019 in the UFC. ‘Funky’ Ben however, has had a fair share of hip problems, as he recently underwent Birmingham Hip Resurfacing.

Jake Paul, on the other hand, started out as a professional boxer last year against fellow YouTuber AnesonGib, knocking him out in the very first round. He then took on Ex-Basketballer Nate Robinson, and shut the lights out on him within 2 rounds. The YouTube star has been taking Boxing seriously, training with elite athletes.

Also Read : Jon Jones goes on a Twitter rant after Dana White asks him to move to 185!