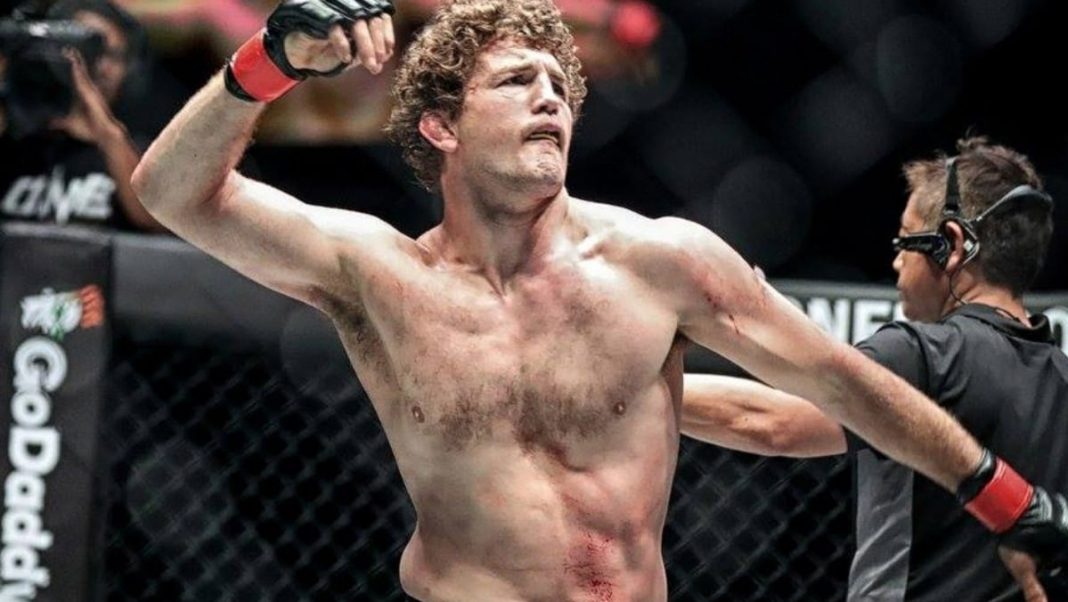 We are inching closer and closer to Jake Paul vs Ben Askren. The pair will be fighting in a pro boxing match on the 17th of April at Mercedes-Benz Arena in Atlanta, Georgia. The fight will be under Triller productions banner and it marks the pro boxing debut of former UFC fighter Ben Askren. The hype surrounding the fight has been unreal, and a lot of predictions have already come in.

Speaking in an interview with Mike Bohn of MMA Junkie, Ben Askren’s coach and cornerman Mike Rhodes revealed that Ben has an awkward power which will be difficult for his opponents to read. He went on to say that his power will have an effect of easily wearing down Jake Paul.

Rhodes was quoted as saying, “His power is awkward, because his punching style is awkward. I think that will be advantageous because in positions where you don’t think he is going to be able to hit hard, he will be able to generate power. I would say Ben’s kinda heavy handed to the point that it doesn’t look like athletic power. But at the end of the punch it stings a little bit.” [H/T FirstSportz]

He added, “With his cardio being up to date, and the punching numbers he will be able to put out, I think that his power will have an effect of more so wearing Jake down than maybe your ‘one-shot in the fight’ kind of power.” [H/T FirstSportz]

Ben Askren has definitely improved his striking since he began training a couple of months ago. However, he won’t be able to use his wrestling skillset to the fore, which might cause him problems. Jake Paul, on the other hand, looks to be in good shape and he also revealed recently that he has been training harder than ever – something Ben Askren can only dream of.

Also Read : Henry Cejudo and Sean O’Malley have a nasty spat on Twitter