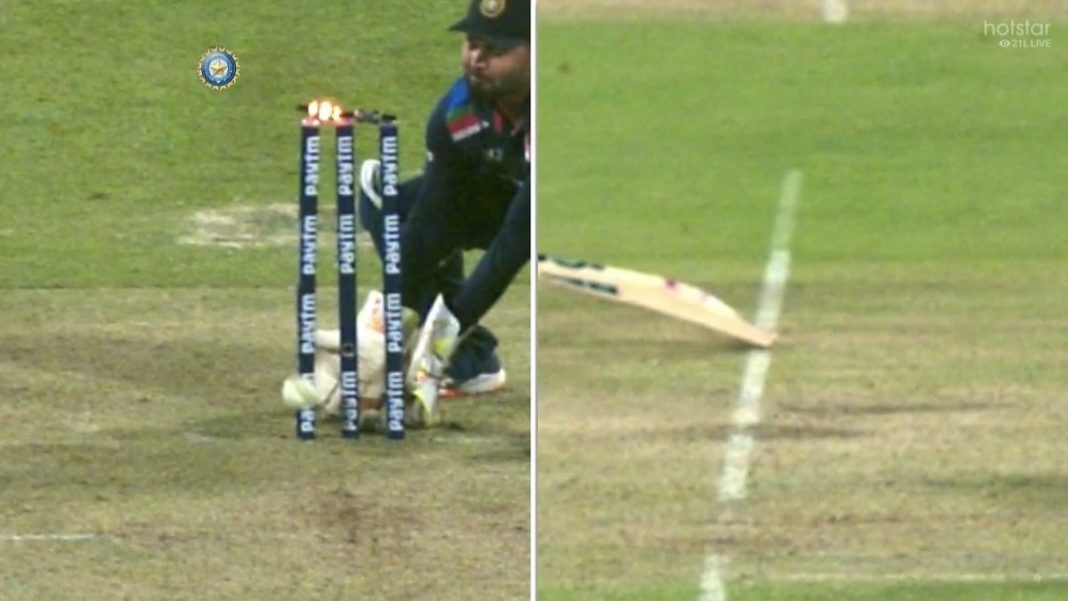 Umpiring decisions have been the subject of controversy for quite some time and especially during the India vs England series across all three formats, there have been various contentious decisions. Although the on-field umpiring has been top notch, the third umpiring has given rise to a lot of disagreement. One such incident happened today during the second ODI at the MCA Stadium in Pune.

Put in to bat, India had rode on KL Rahul‘s century and an exemplary knock from Rishabh Pant to get to a competitive total of 336/6. In reply, England got off to yet another blazing start with Jonny Bairstow and Jason Roy making merry and hitting boundaries at will. After the latter’s run-out, Ben Stokes walked in and almost got run-out as well due to lazy running but the umpire deemed the close call to be not out.

During the 26th over bowled by Bhuvneshwar Kumar, lazy running from Ben Stokes almost cost him dear as Kuldeep Yadav effected a direct-hit from deep mid-wicket. Stokes was late to get his bat down and replays showed that it was very close with there being a case to consider that the bat was on the line when the ball hit the stumps leading to the possibility of an ‘out’ call.

However, the third umpire Anil Chaudhary deemed that there was no conclusive evidence to rule it as out and decided to give it not out.