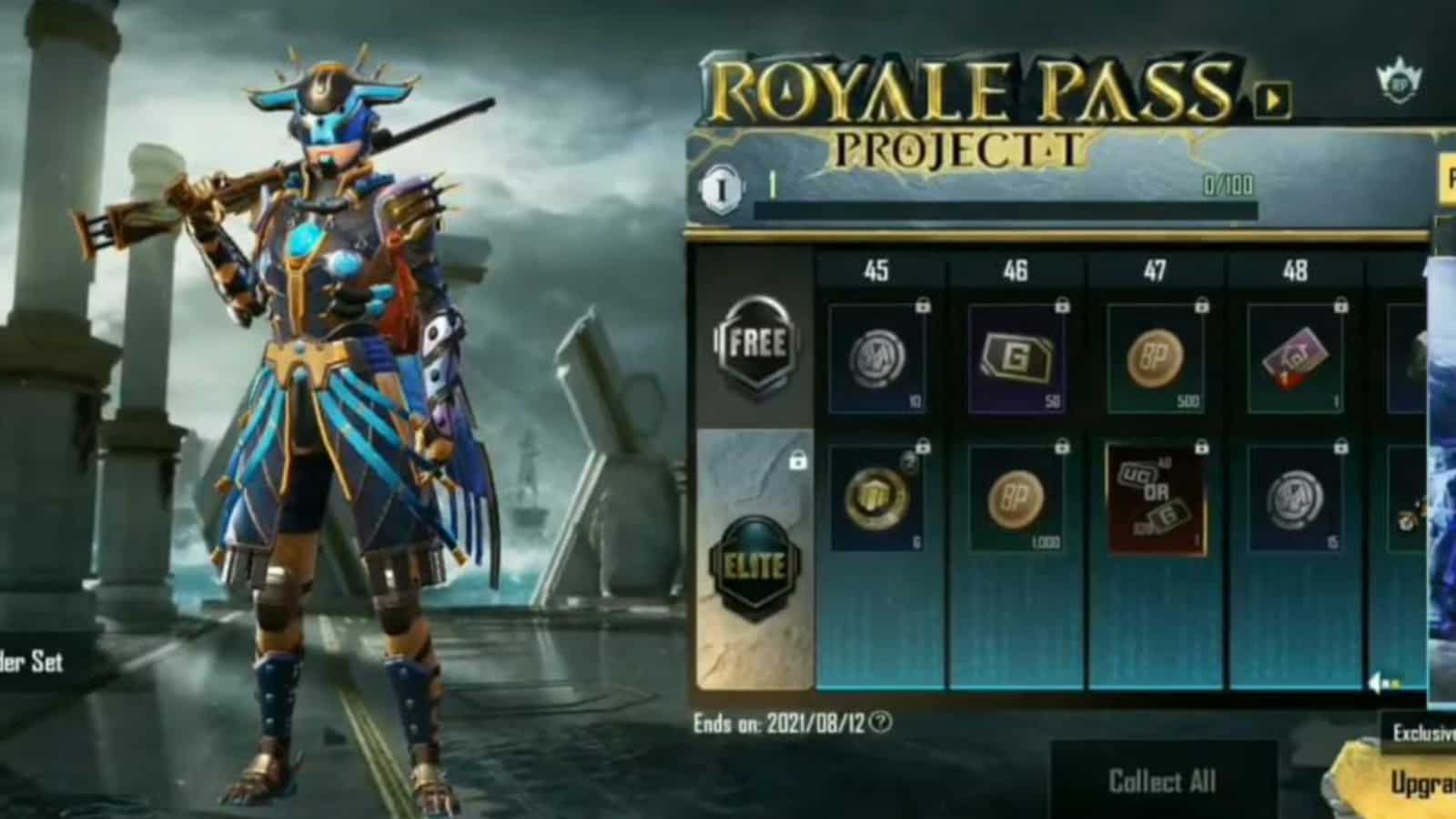 The popularity of Battlegrounds Mobile India is growing at a fast pace ever since the 1.5 update was rolled out. The new update brought several changes to the Royal Pass system. As the first month of RP now known as RPM1 is concluding, elite rewards of BGMI C1S1 RPM2 rewards have been leaked.

With the new update, the duration of Royal Pass was changed to 1 month with maximum attainable rank of 50. There will be two RPs launched in each Season which is now known as C1S1- Cycle 1 Season 1. Each cycle will contain 3 seasons for the players. RPM1 named as Tek Era began on 14th July, 2021 and is set to end on 12th August,2021. We can expect the release of RPM2 on 13th August 2021.

RPM1 featured several exclusive rewards for the players. Players who didn’t purchase the Elite RP were also satisfied with the free rewards as new outfits & parachute skins were given to the players along with an exclusive weapon skin. BGMI C1S1 RPM2 promises the same or even better outfits.

The new RPM2 has been given the name Project T. Players can buy the Elite Royal Pass with 360 UC & Elite Plus Royal Pass with 960 UC. Players will also be given a RP voucher worth 60 UC after reaching the 30th RP rank.

The leaked Elite Royal Pass rewards are mentioned below:

Players who buy the Elite Royal Pass will get an exclusive outfit as well as a marvellous UZI skin right at the beginning. The outfit is named as Marine Predator Set. However, the UZI skin named as Marine Marauder UZI caught our eyes as the weapon seems embedded with stones.

On reaching 5th rank of RPM2, players will get a matching headgear with Marine Predator Set. The headpiece gives the finishing touch to the outfit and is named as Marine Predator Headgear.

A legendary backpack skin known as Lapis Barrier backpack is waiting for the players at the 10th rank of RPM2. The mixture of Orange & Blue color gives an extraordinary look to the backpack.

As usual, players can obtain an aeroplane skin with the elite RP. The new skin is named as Marine Marauder Finish. The combination of yellow & black colors will make your aeroplane stand out in front of others.

Players will be given two rewards at the 30th rank. The first reward is the Marine predator grenade skin & the second reward is a mythic emote named as Marine Marauder

Marine Marauder M24 skin can be obtained after reaching the 40th rank of Elite RP. The skin has a mythical outward appearance and is definitely worth spending UC.

The 50th rank of BGMI C1S1 RPM2 provides the players with a mythic outfit & a mythic headgear. The whole set is given the name Marine Marauder Set. Players will certainly get an ethereal feeling after donning this outfit in the game.

These were the elite RP rewards of BGMI C1S1 RPM2.