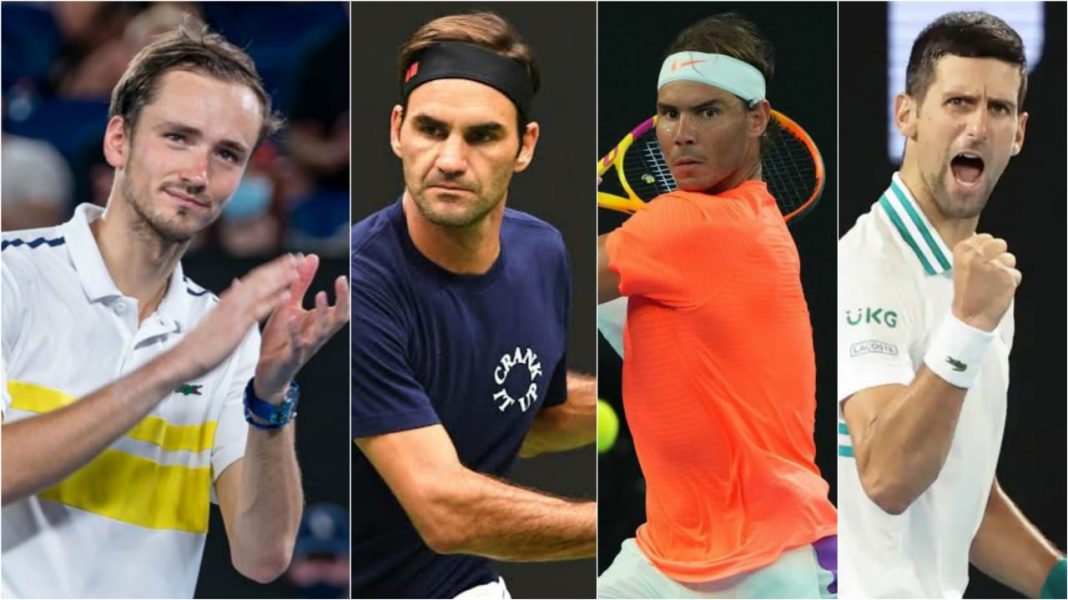 He recently got into the finals of the Australian Open 2021. Where he was set to face off against the current World No.1 Novak Djokovic. He was not able to challenge Djokovic, He was even frustrated during a few moments when he lost a point to Djokovic. In the acceptance speech, he said that he will be holding a grand slam sometime in the future.

In the post match press conference Medvedev spilled some beans about his match and his mind set.

Daniil Medvedev opens up about the Big Three, calls them “Cyborgs of tennis”

“Nothing else to say other then undoubtedly anyone can argue that three biggest name in tennis history, I am saying only about results what they did in tennis is unbelieveable for me.”

He also said, “To win Australian Open I need to win every year till I am thirty-four I believe in myself but I don’t think I am unable to do it.”

He went on to call them “cyborgs of tennis” saying “Rafa I mean thirteen Roland Garros he’s I mean we are talking about some cyborgs of tennis in a good way they are just unbelievable every time I go out there.”

Lastly he said “I just need to be stronger than these two guys or Roger.”

Medvedev Has moved up in the rankings of the ATP we might see more action from him in the middle east next month. Were Roger Federer is also slated to make his comeback.