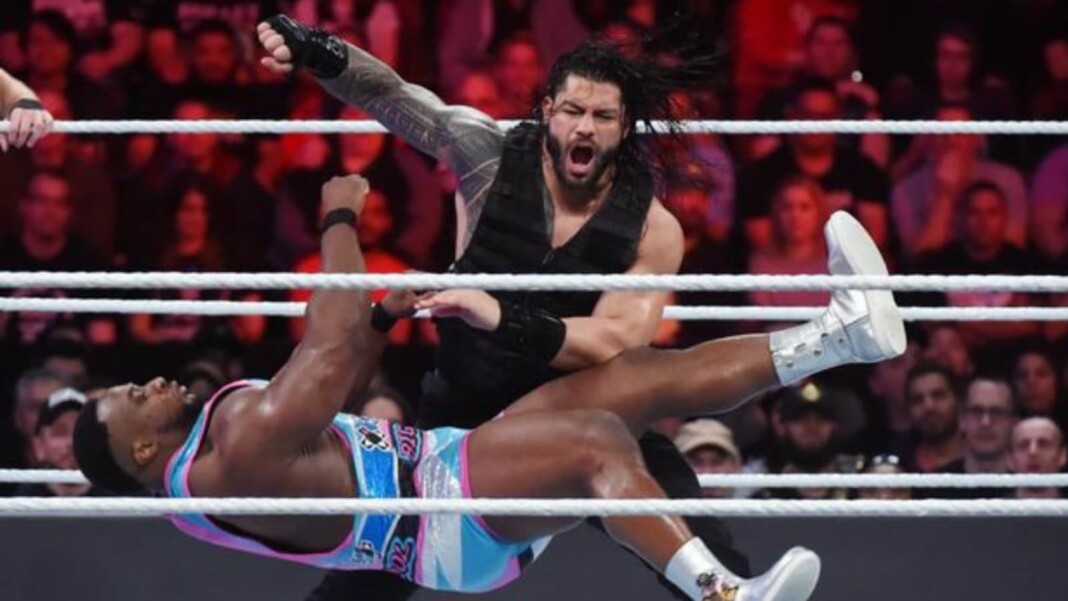 With Summerslam set for the live crowd to witness, the event is expected to be a hell of an experience for the fans as WWE is hosting an event at a NFL stadium for the first time. But before the Summerslam, the Money in the Bank pay-per-view is lined up and the matches for a spot in the ladder match for the briefcase is underway.

Among the many superstars trying to book a spot in the prestigious ladder match scheduled at the upcoming PPV, Big has already guaranteed his. Big E defeated Apollo Crews, who is the current Intercontinental Champion, despite being distracted by the latter’s commander. With the victory, the superstar is heading to his first Money in the Bank match at the PPV.

Big E made his intentions clear as he has his eyes set on Roman Reigns, who will be battling Edge at the Money in the Bank. On WWE’s The Bump, Big E revealed that he wishes to face none other than the Tribal Chief, who is the most dominant athlete in the WWE roster right now.

“Obviously Roman [Reigns], to me, is at the very pinnacle of our industry. To me, he’s number 1. He stands alone right now. I didn’t know that, apparently, you don’t really need to qualify to get that match [against Roman], you could just run in after you’ve been off for months and attack people to get title opportunities. [laughs]. I didn’t know that, but I do love Edge. He deserves it. No Edge shade.”

Obviously, beating Roman for that title, that makes you the man in my estimation so that’s the one I wanna go after.”

Big went on to say that his former faction member Kofi Kingston could be leaving the Money in the Bank with the WWE title wrapped around his waist. However, Kofi faces a daunting task at the PPV as his challenge was accepted by Bobby Lashley who secured a win over Drew McIntyre to retain the WWE Championship at Hell in a Cell.

Big E also made it clear that he would not be going after the WWE title if he gets his hands on the briefcase. Big E wants to fight the best in the industry which according to him is none other than the former Shield member, Roman Reigns.