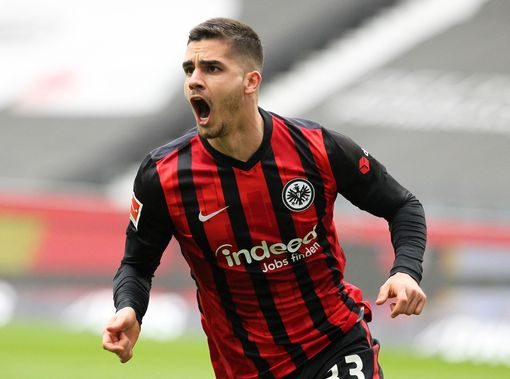 German club Borussia Dortmund are reportedly now in the race to sign up Eintracht Frankfurt sensation Andre Silva. This news comes in with Dortmund having the risk of losing out on Erling Haaland.

Andre Silva has been in terrific form this season at Eintracht Frankfurt. He has netted 24 goals this time around. Only Robert Lewandowski and Cristiano Ronaldo have netter more across Europe’s top five league.

Borussia Dortmund will target Andre Silva if Erling Haaland leaves this summer, according to Bild.The Eintracht Frankfurt striker has scored 24 goals in 28 Bundesliga games this season.

Andre Silva does not have a release clause this summer despite rumours elsewhere, his agents have confirmed.

According to more transfer news Manchester United and Barcelona are also looking at Andre Silva as a potential striker option. With Edison Cavani not a permanent option, Andre Silva could well become the solution.

Barcelona have good reports on Eintracht Frankfurt striker André Silva (25) but deny interest in the player for next season. Barça is looking for a striker and the main name on the table today is Erling Haaland.