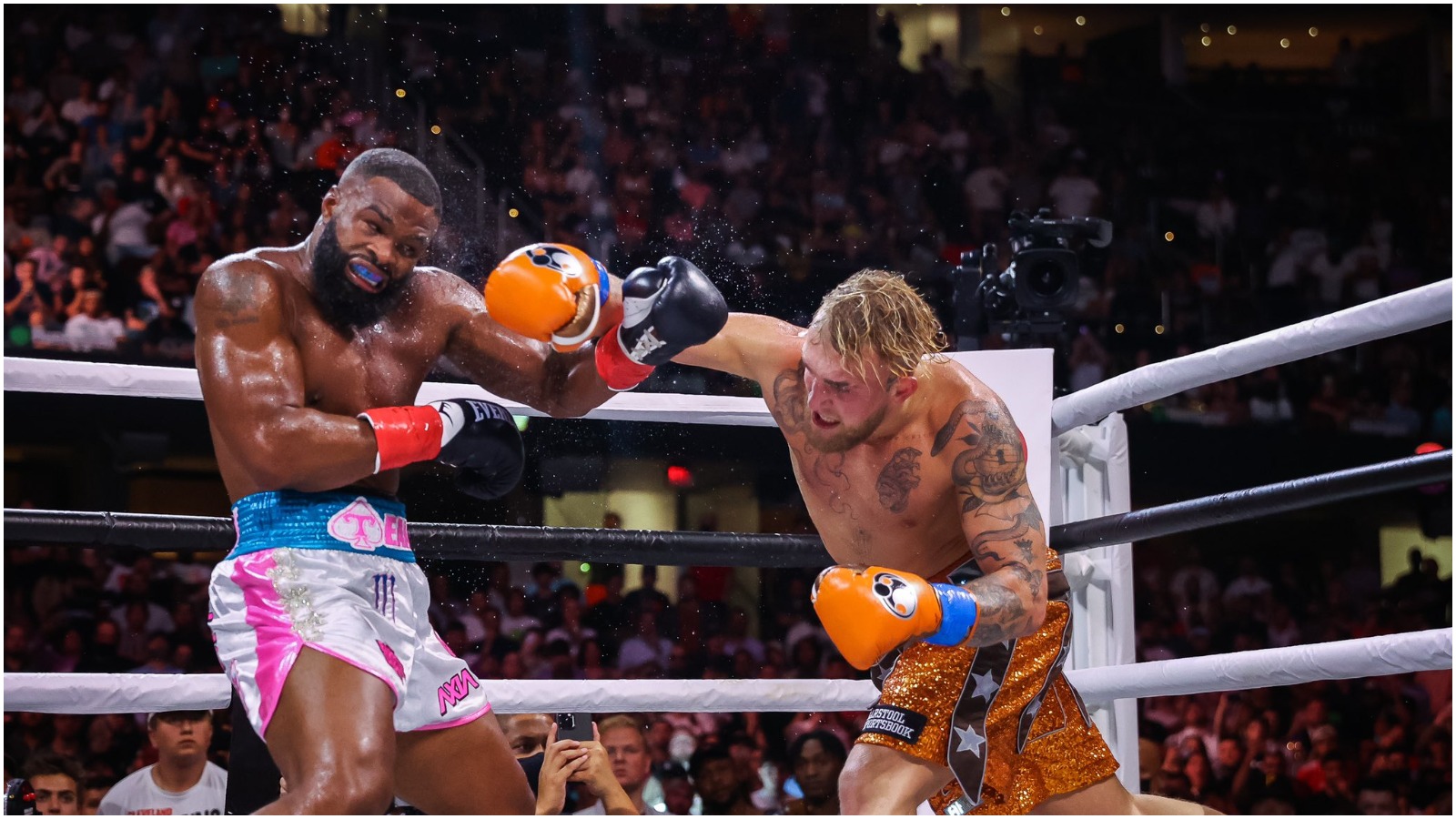 Jake Paul was looking to headhunt for the fourth time, this time in his own backyard. But, in his path stood the dangerous Tyron Woodley who was making his pro boxing debut. The fight which headlined a card that featured boxers like Tommy Fury, Daniel Dubois and others, was set for eight rounds.

Paul continued keeping the distance. A taunt from Paul. Jab from Tyron Woodley. Paul then responded with his own. Three punch combo finished with a cross from Paul. 10-9 Paul

Woodley with a short left jab. Paul with a straight jab. Followed by another. Big right hand from Paul. 10-9 Paul