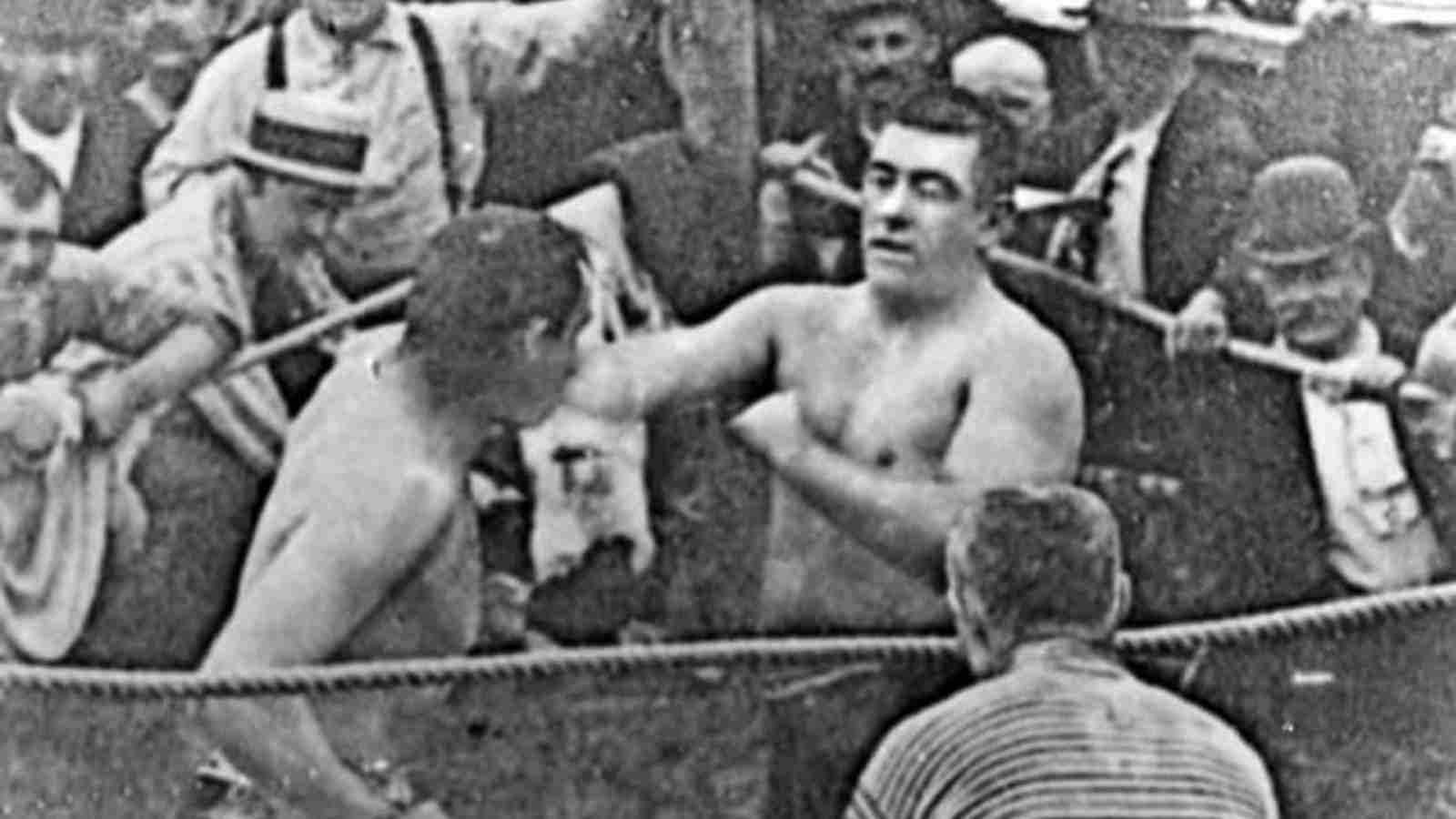 Over the years, boxing has never failed to impress its fans. Known as the ‘Sweet Science,’ boxing has made its place in the hearts of people all around the globe. The controlled violence mixed with the enthralling technique is one key factor why people love the sport.

While fist-fighting might have been something humans did since civilization existed, boxing first appeared as a global event in the 23rd Olympiad in 688 BC. Since then, pugilism aka boxing has been through many historic moments. Whether it was the fight between Ali and Frazier, or Ali and Foreman, iconic moments have aways been a part of the sport.

One such moment that changed the history of boxing was a bout between John L Sullivan and Jake Kilrain. This fight between the two helped orchestrate what boxing is today.

Related: How Joe Louis and Max Schmeling shattered Adolf Hitler’s dream of a 1000 Year Reich in the confines of a boxing ring

The historic bout between John L Sullivan and Jake Kilrain

The fight between Sullivan and Kilrain was historic for many different reasons. Firstly, the bout between the duo was the last to be contested under the London Prize Rules. Under these rules, a round in a fight could go on for as long as 30 mins to one hour. While there was a 30-second breather after each round, the rounds ended when either fighter’s knee touched the ground. However, this is not the only reason why the fight is historic.

For the first time in the history of pugilism, newspapers speculated about everything they could connect to this fight. Naturally, this helped create a lot of hype around the bout, and rightly so. This hype was further justified when 3000 people boarded special trains to Richburg, a town in South Mississippi, to watch Sullivan and Kilrain compete.

The traveling audience was not let down as both Sullivan and Kilrain put up a bout for the ages. The contest between the duo began at 10:30 am. Initially, it looked as if Sullivan was losing the bout. He even vomited during the 44th round. However, the legendary boxer was able to change the tide to his favor as he put a massive beating on Kilrain. After a vicious beatdown by Sullivan, a white towel was thrown from Kilrain’s corner which signaled the end of the bout.

Regardless of who won the fight, both Sullivan and Kilrain cemented their legacies in boxing history. It is because of them, that boxing today has become a sport that has exceeded expectations and due to which several people across the globe earn their bread. What do you think of this iconic fight? Let us know your thoughts in the comments below.

Also Read: “The War” between Marvin Hagler and Tommy Hearns set the standard for every brutal slugfest in combat sports