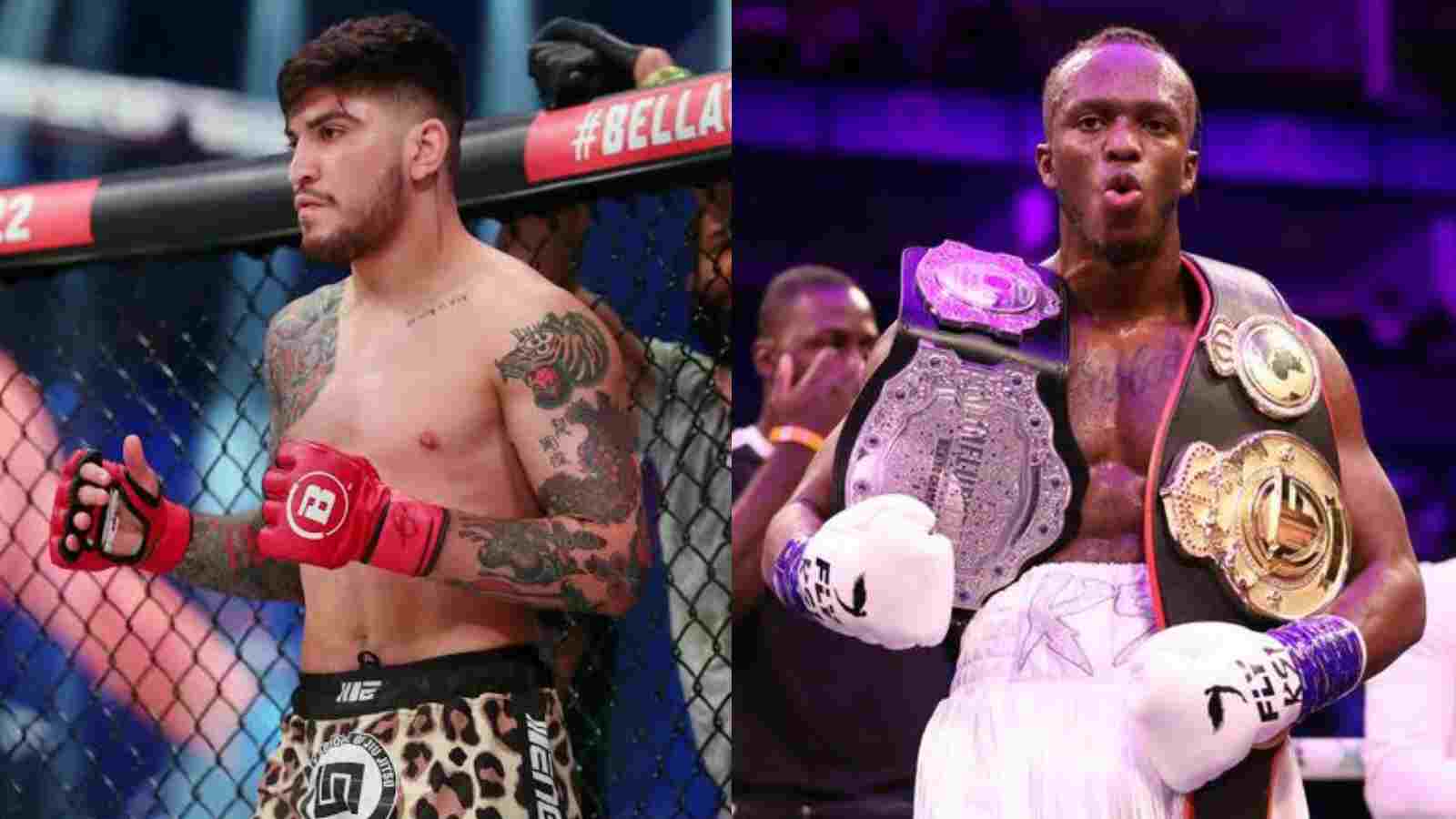 KSI and Dillon Danis are set to fight in January, 2023

Dillon Danis has not fought in any capacity since 2019. Before that, he went 2-0 in Bellator. Celebrity boxer KSI, on the other hand, fought as recently as August of this year. Now, after their altercation at the Misfits Boxing weigh-in, their fight has been made official.

The Brit entered the ring in the Moody Centre before the fight between Deen The Great and Walid Sharks. He was then joined by Danis as the pair faced off. KSI then spoke with Wade Plemons on the DAZN broadcast and announced that he would face the controversial MMA star.

The pair went at it verbally inside the ring during their face-off. Even though most of what they said was unintelligible, KSI managed to get in his piece. “Best believe, January 14th, you’re finished. You don’t want to f**k with me”, said the undefeated boxer to Danis. At the Misfits Boxing X DAZN event, Dillon Danis got into a scuffle with a young reporter. At the weigh-ins for the same event, he hit the 29-year-old co-founder of PRIME as the two faced off for the first time. Conor McGregor’s best friend seems to have a hard time keeping himself out of trouble.

Despite his credentials as a professional fighter, Dillon Danis has not fought as a boxer. And the undefeated KSI who beat two men on the same night will love to embellish his record as a fighter by beating a Bellator star. This fight’s announcement has sent social media into overdrive as fans of both men eagerly anticipate the fight.

Related: “Quit sitting on Kotex,” KSI, Jake Paul, Tyron Woodley and Dillon Danis engage in an all-out Twitter circus as they figure out next fight

Despite the high-profile nature of both participants, the reactions to this fight’s announcement were mixed. Some were excited to be watching the Youtuber turned boxer fight and hoped this would be a stepping stone towards him fighting Jake Paul.

Good to see the old KSI back. KSIdanis will be amazing. All the jake fans talking shit don’t know that Jake almost fought Danis and Logan was supposed to fight him.

However, many were upset to see DAZN giving two non-boxers such a big platform on their channel.

Ksi can’t have a record where he’s fought 3 absoutely garbage guys who don’t know how to punch and then maybe one boxer while Jake is probably gonna fight back to back with his list being Tyron, Silva, Tommy, and Nate Diaz

So glad I cancelled my subscription two months ago. It’s turned into a joke. Any boxing fan paying for this needs to have a word with themselves.

So glad I cancelled my subscription two months ago. It’s turned into a joke. Any boxing fan paying for this needs to have a word with themselves.

Lol its not going to be ‘wild’ its going to be a circus show. This is such an L, atleast feed dillon danis to someone who can put him to sleep

It’s safe to say that the general opinion regarding this fight is mixed. Many wish to see the Brit take on Dillon in a boxing ring. Whereas, a lot think this fight is a farce and is ruining boxing. However, how well this fight does will only be known when January comes around and the two finally meet inside the ring.