“Let’s see how tough you are” – Jake Paul offers Nate Diaz a boxing fight, IMMEDIATELY after his UFC release

by Udayan Mukherjee
in Boxing, MMA 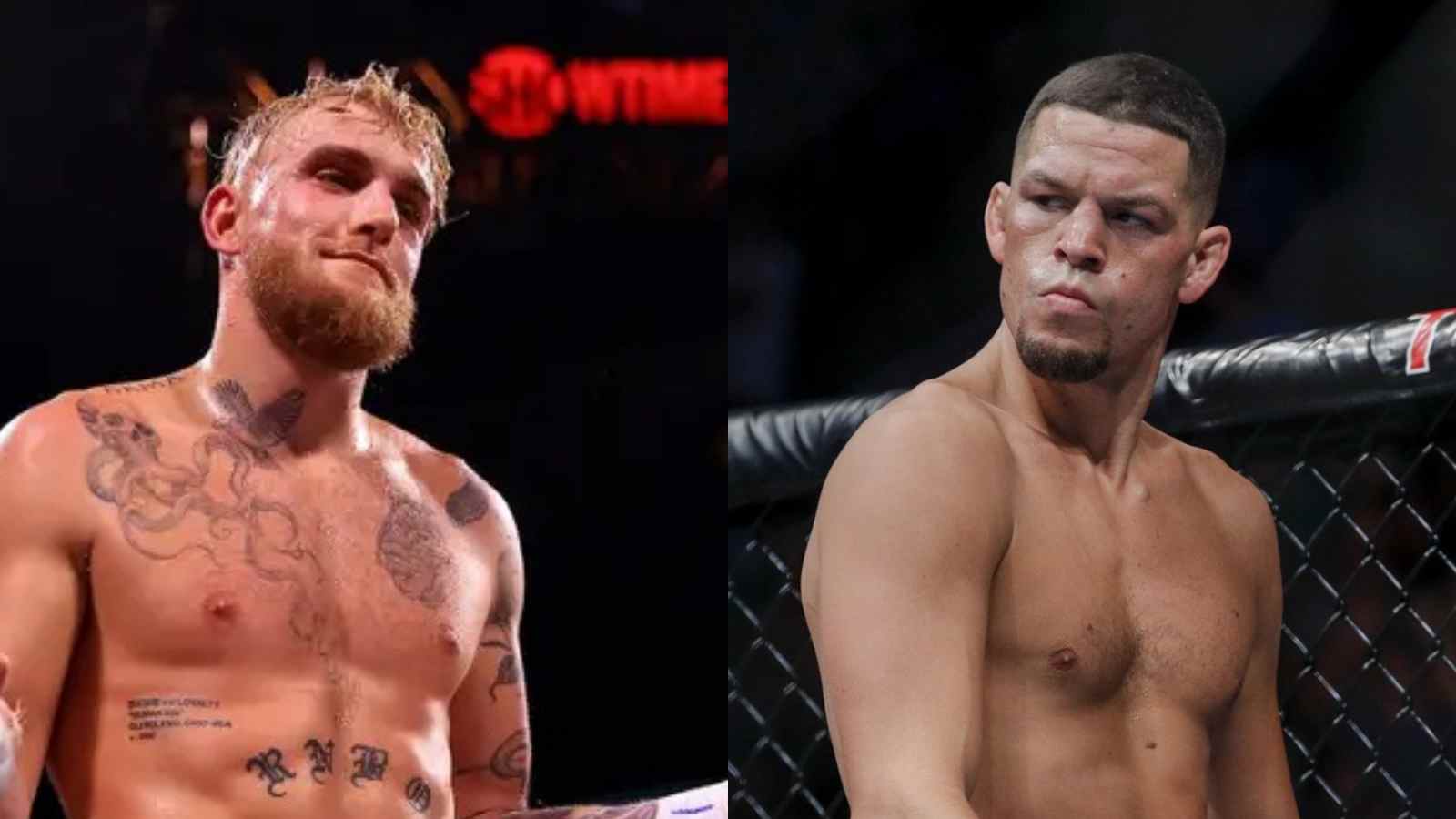 Nate Diaz is, without question, a legend of the UFC. He might not be a legend of MMA, given that he didn’t win any title, but as far as storylines within the UFC go, he had one of the most compelling ones.

Part of the Diaz cohort, spearheaded by brother Nick, Nate Diaz is known to fans as being a bonafide fighter – that is, he doesn’t associate much with the spoils of the sport, as much as the joy of participating in it. Additionally, it is not like his record within the octagon is stellar, yet, he has faced the toughest of opponents in his UFC career, and spun an interesting narrative around himself. No wonder then, when he called out Conor McGregor, it seemed like the most bipolar fight possible.

However, the famous Stockton native is no longer a part of the UFC roster – after his win over fellow veteran Tony Ferguson, he was released by the promotion, in a bid to chase newer pastures. And, newer pastures could possibly take the shape of a boxing ring. And, if that be the case, he already has an offer on the table.

Infamous YouTuber-turned-boxer, Jake Paul has offered to fight Nate Diaz in a bid to cement his own legacy. His tweet dealing with this, read, “Hi Nate. Finally out of your UFC contract? Let’s see how tough you are in the boxing ring instead of hallway slap contests. @NateDiaz209… I have a venue booked. Offer is ready when you are. Just need you to sign.”

Hi Nate. Finally out of your UFC contract?

Let’s see how tough you are in the boxing ring instead of hallway slap contests.@NateDiaz209

I have a venue booked. Offer is ready when you are. Just need you to sign.

Jake Paul vs Nate Diaz is an interesting fight, but it might not be something fans want

For those who don’t follow either MMA or boxing, it will come as news that Jake Paul, whom many considered a good amateur at best, beat one of the greatest ever to step inside the octagon – Anderson Silva, in an eight-round boxing bout. The bout might have looked close during first watching, but the judges’ scorecards reveal something else – all three judges gave Paul at least five rounds out of the stipulated eight.

Jake Paul versus Nate Diaz will undoubtedly be a great fight, with an even better build-up to it. That being said, fans might be a little reluctant about it. The reason being that Paul has already beaten MMA veterans Ben Askren, Tyron Woodley and Anderson Silva (the latter two were UFC champions), so it doesn’t make sense from a logical standpoint. That is, in Anderson Silva, Jake Paul fought one of the best strikers to ever participate in MMA. Although Diaz is a proficient boxer, it is hard to gauge what he could do, that Silva couldn’t, to envision a path to victory.

At this point, fans are unanimous in craving a Jake Paul and a pure boxer to fight each other. To actually prove his legitimacy, Paul must square up against a born-and bred-pugilist, not just an MMA import. However, the creation of this specific caveat isn’t Paul’s fault either – two previous opponents of his , Tommy Fury and Hasim Rahman Jr. (both boxers by trade) pulled out before the fight could materialize. Hence, if the Nate Diaz bout were to happen, it sure would be a fun watch, but it will not do much to test Paul’s credentials.