by Gerard Crispin
in Boxing 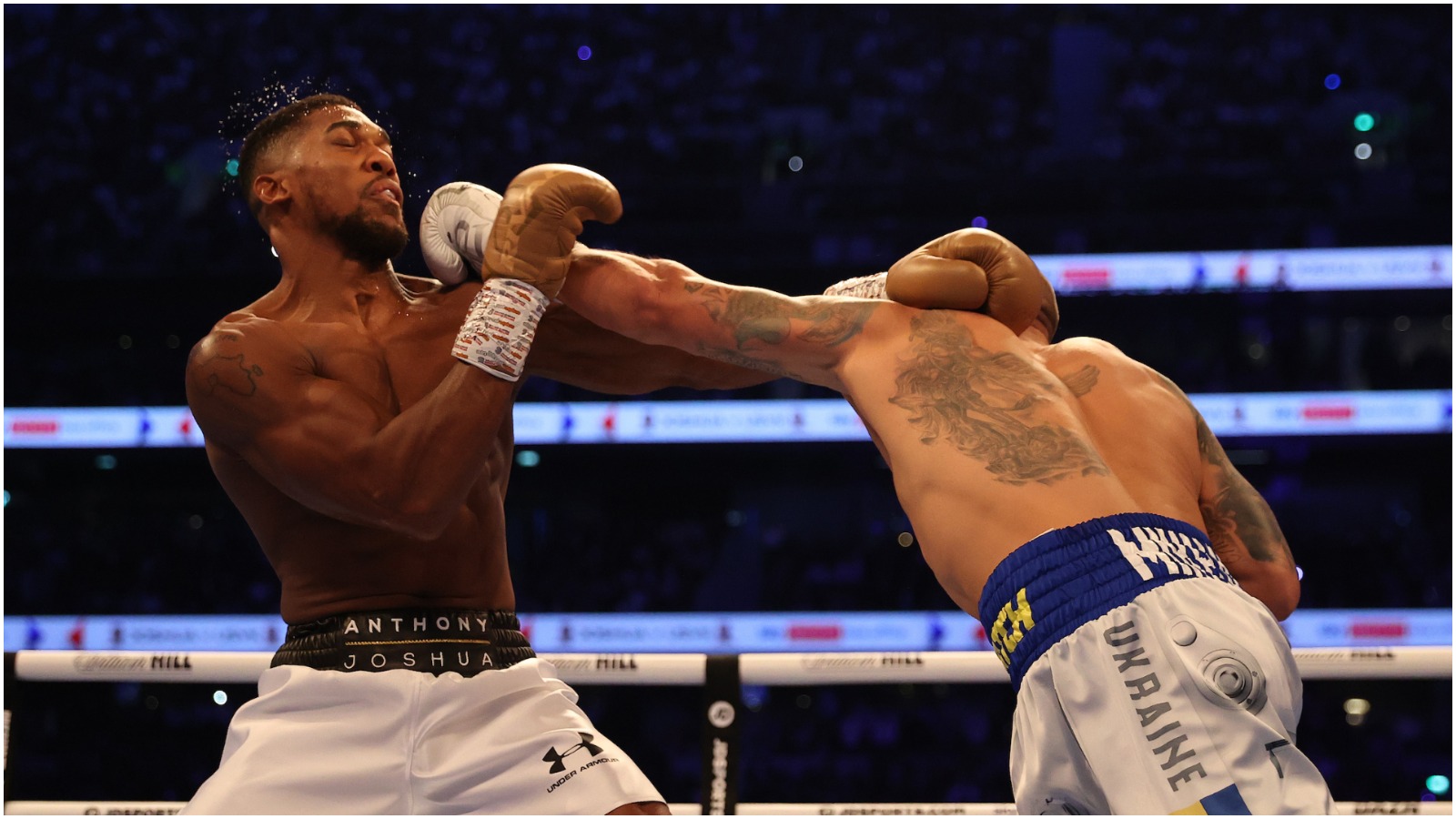 The D-Day for Anthony Joshua. The Brit will be taking on Ukrainian Oleksandr Usyk who is the WBO mandatory, and will have to get past him to face his potential opponent – Tyson Fury. Joshua will also be putting all his belts on the line.

Usyk started off with a good backhand. Oleksandr Usyk looked very quick. Big right hand from Joshua. Massive left hand from Usyk. The Ukrainian was getting too close to AJ. Backhand to the body by Usyk. AJ partially connected with a head jab. Straight left from Usyk. 10-9 Usyk

Good start from both the boxers. Usyk continued to look aggressive. He was landing some short jabs. Joshua connected with a head jab. Body shot from AJ. Lightning left hand from Usyk. Massive right hand from Joshua. Straight left from Usyk. 10-9 Usyk

Buzz of uncertainty going into the fourth round. Both landed quite a few jabs. Joshua was reacting quite well to Usyk’s feint game. Massive right hand from AJ. But he went right back into the fire, the very next second. Left cross from Usyk. Quick jabs from Usyk followed. 10-9 Joshua

Sneaky uppercut from Usyk began the round. Joshua connected with a short jab. Couple of jabs from AJ followed. Left hand from Usyk. Big body shots from Joshua. Straight left from Usyk. AJ with a right. And another. 10-9 Joshua

Short jabs from AJ began the round. Left jab from Usyk followed. Joshua responded with a left after a while. Combination from Usyk. Joshua with a big right. Usyk was groggy. Massive right from AJ. 10-9 Joshua

Aggressive start from both the fighters. Usyk kept going for the body. Usyk with some crisp jabs. Clean left from Usyk. Massive left hand from Usyk. The Ukrainian with a backhand. Short right from AJ. Usyk connected with a big left almost knocking AJ down. However, it looked like his feet got tangled. 10-9 Usyk

Massive right hand from Joshua. Usyk with a short straight jab. Uppercut to the body from AJ. Another body shot from the Brit. Backhand from Usyk. 10-9 Joshua

Joshua with a couple of short jabs. Wild swing and miss from AJ followed. Good jab from Usyk. Massive left hand from Usyk. AJ followed it up with a body shot. 10-9 Usyk

Usyk with the upset!

Jabs from Usyk and an uppercut followed. Straight right from AJ Followed. Counter right from AJ, followed by another. Four punch combo from Usyk. 10-9 Usyk