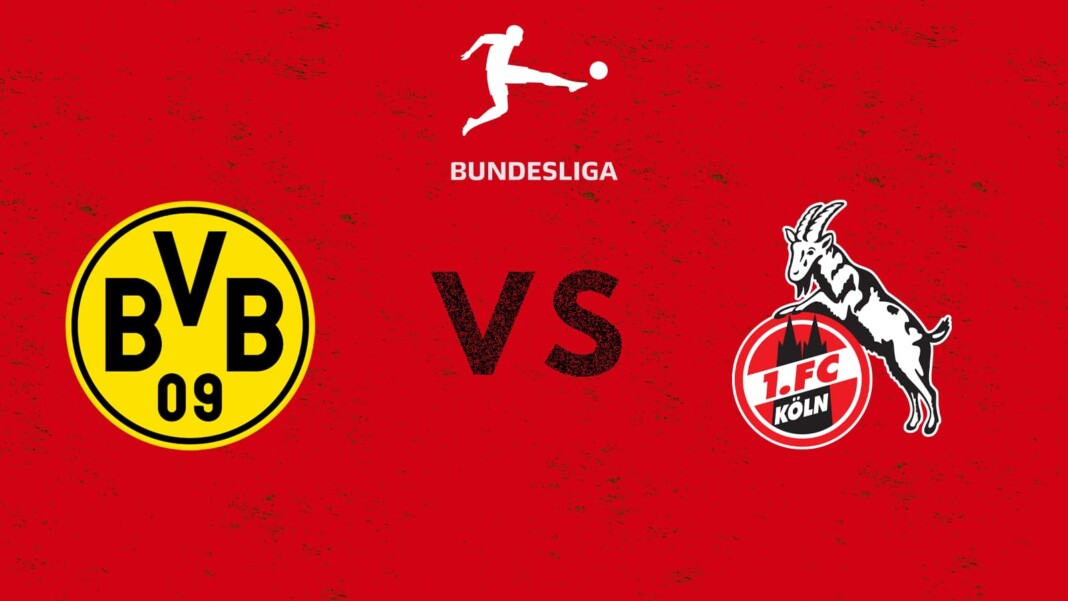 It’s matchday 10 in Bundesliga as Borrusia Dortmund go head to head against FC Koln at the Signal Iduna Park on Saturday 30th October. Ahead of the game here is our Borussia Dortmund vs FC Koln live stream, preview and prediction details.

Borussia Dortmund recorded their third straight league win after winning 3-1 away from home against Arminia Bielefeld. Dortmund were without their goal machine Erling Halaand who is set to miss the remainder of 2021 due to a hip injury. Emre Can and Mats Hummels scored in the first half to give Dortmund a comfortable 2 goal lead at the break. However England international Jude Bellingham scored a sensational goal in the second half and definitely a goal of the season contender after going past 5 Arminia players in the box before slotting home from close range. Dortmund are second in the table with 21 points just one point behind arch rivals Bayern Munich at the moment.

FC Koln salvaged a point against Bayer Leverkusen in a 2-2 draw at home. FC Koln were 2-0 down in the first 20 minutes after goals from Patrick Schick and Karim Bellarabi. However Anthony Modeste scored a brace in the second half to rescue a point for his side. Koln are 8th in the table with 13 points so far.

Dortmund will welcome FC Koln at the mighty Signal Iduna Park in Dortmund Germany. It’s German name is Westfalenstadion and it is a UEFA category 4 stadium which is the highest rank given to a stadium. It has a total capacity of 81,365 seats and is one of the toughest stadiums to play at for the away teams.

With Erling Halaand out for the remainder of the 2021, Donyell Malen will have to step up for the upcoming games and Dortmund still have many talents and quality players to get the results. FC Koln will want to make a good start this time around against Dortmund after trailing Leverkusen within the first 20 minutes. However we still predict a win for Dortmund in this game.