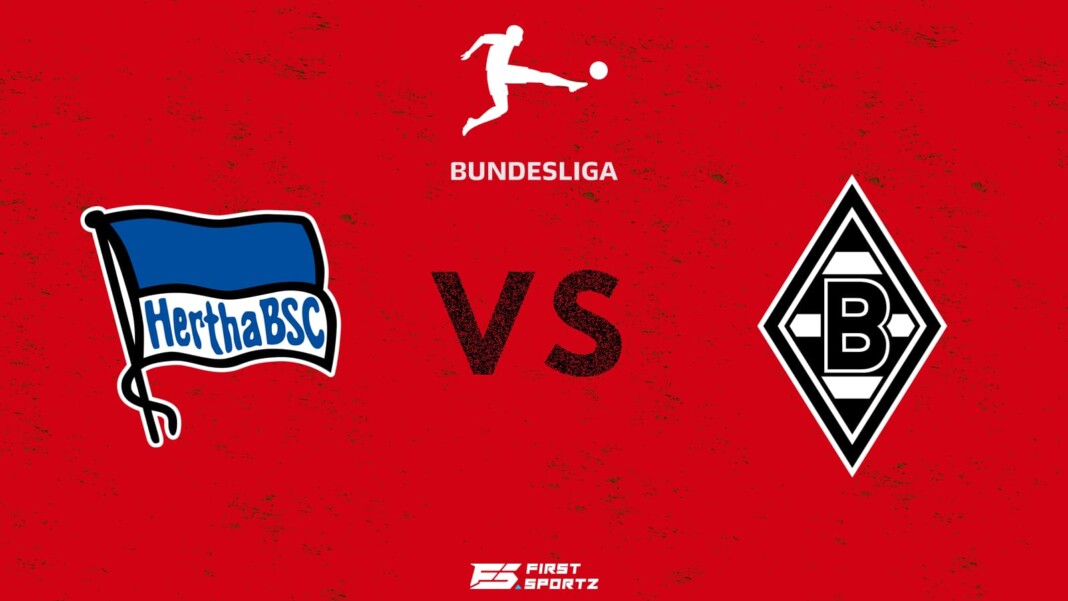 Hertha Berlin take on Borussia Monchengladbach at the Olympicstadion Berlin in matchday 9 of Bundesliga on Saturday 23rd October. Hertha Berlin were back to winning ways with a win against Eintracht Frankfurt away from home. Meanwhile Monchengladbach were held to a 1-1 against Stuttgart.

Hertha Berlin were up against Eintracht Frankfurt who were coming off an impressive result against the champions Bayern Munich in their last game. But that did not affect Pal Dardai’s men as they took the lead in the 7th minute of game as Marco Richter headed from close range, and as a result went into the halftime with a 1-0 lead. The away side doubled their advantage just after the hour mark when substitute Jurgen Ekkelenkamp tapped in from close range after a great move by his team.

Eintracht Frankfurt found some hope when Hertha keeper Alexander Schwolow fouled Goncalo Paciencia after failing to collect the ball. The Portuguese stepped up himself to convert from the spot but unfortunately it was not enough in the end as Hertha held onto to their one goal lead and the three points on the night.

Borussia Monchengladbach were held to a 1-1 draw at home to Stuttgart. Konstantinos Mavropanos scored an absolute rocket from outside the box into the bottom corner beating Yan Sommer in goal. Just minutes before halftime Jonas Hofmann came up with a similar goal almost saying to the Stuttgart defender ‘what you can do, I can do it too.’ Monchengladbach failed to make their domination count as they racked up a total of 31 shots with just 5 from the visitors and had to settle for a point in the end. Adi Hutter’s side are 10th in the table with 11 points so far.

Hertha Berlin will welcome Borussia Monchengladbach at the Olympicstadion in Berlin, Germany. It has a total capacity of 74,475 seats. The 2015 UEFA Champions League final was played in this stadium. And it is also used for selected international games by the German national team.

Borussia Monchengladbach were wasteful in front of goal against Stuttgart as the away side held to a point in the end. Hertha came on top against Eintracht Frankfurt and was the perfect way to bounce back from their defeat against Freiburg. However we predict a win for away side Borussia Monchengladbach despite being poor in front of goal last time out.