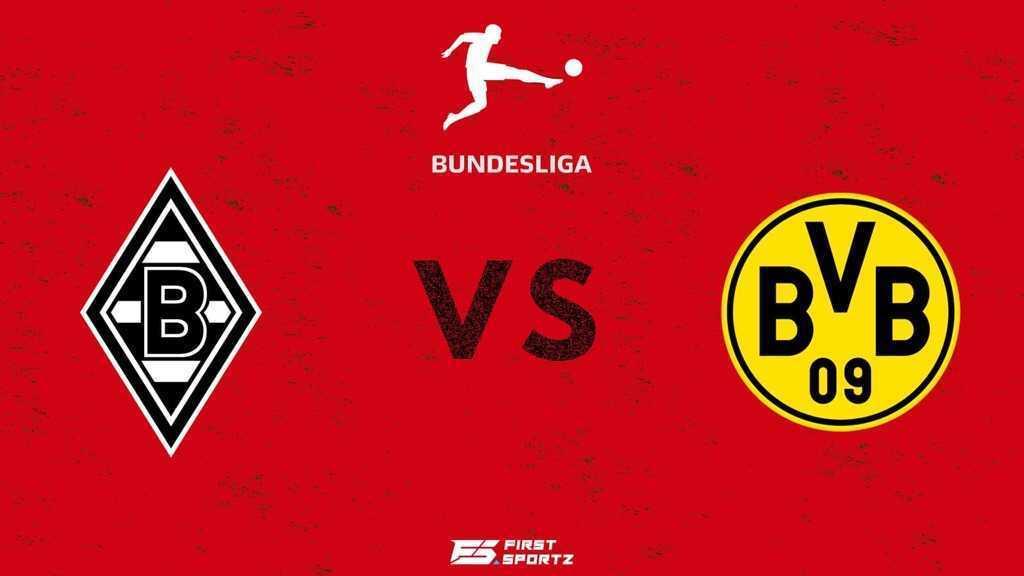 Mönchengladbach were playing Borrusia Dortmund at Borrusia-park for their sixth encounter of Bundesliga. It was a shocking encounter in the end for the men in yellow as a goal from Denis Zakaria in the 37th minute handed Mönchengladbach a spectacular win by the end of the match.

After a fantastic win for Mönchengladbach, let’s have a look at the player ratings for the match :

Yann Sommer (GK) (7/10) : Sommer had a really good match for Mönchengladbach. He made some really good passes and earned his clean sheet fair and square.

Matthias Ginter (7.2/10) : Ginter was really good with his passing skills. He also made exceptional strides with winning tackles and winning almost every ground duel. A good game for the defenders.

Nico Elvedi (7.4/10) : Nico had an all-round game with him contributing equally in defence and taking on ground duel challenges. He looked super confident in the field.

Tony Jantschke (7.3/10) : Tony stood out from the other defenders at Mönchengladbach because he was too quick with his feet. He won fair few tackles and ground duels and he was unbeaten at Ariel duels.

Joe Scally (6.9/10) : Joe had a decent game all over but he did lose possession one too many times and also did an average job at challenging duels.

Denis Zakaria (8/10) : Denis spoiled the party for Borrusia Dortmund as he scored a fantastic goal in the 37th minute which turned out to be the only and winning goal for Mönchengladbach.

Kouadio Koné (6.9/10) : Kouadio was by far the most active player for Mönchengladbach in the match. He made as many as 17 ground duel challenges and won almost every of those. He also had a shy at goal but was off target.

Luca Netz (6.6/10) : Luca had an average game. Although, he tried going for goal on two occasions but he got his shots blocked in the defence. He also had an off target attempt but he did well attempting it.

Jonas Hofmann (7.4/10) : Jonas made some exceptional passes. His passing and keeping the ball moving was commendable. He won one too many ground duels and also had an on target attempt at goal but was denied the opportunity.

Lars Stindl (6.9/10) : The captain had a great game. He did extremely well with his passing but gave away possession on multiple occasions.

Breel Embolo (6.6/10) : An eventful game indeed for Breek Embolo. He was really good at winning ground duels and byfar made the challenge more than anyone. He also had a couple of attempts at goal but couldn’t convert any.

Christoph Kramer (6.5/10) : Kramer did a good job in his short stint on ground. However, he couldn’t impact the game in anyway and walked off being the winning team player.

Hannes Wolf (7/10) : In his 20 minutes, he did provide some valuable passes and contributed as and when he got the opportunity.

Gregor Kobel (GK) (6.8/10) : Kobel had a decent performance with the gloves up until the goal he let past him in the 37th minute that cost Dortmund the match.

Manuel Akanji (6.8/10) : Manuel Akanji sure knew how to keep the ball moving and he surely provided one too many accurate long balls. He was also good at defending and won a couple of tackles.

Marin Pongračić (6.4/10) : Just the 45 minutes for Marin. He didn’t have the best of time on field and lacked confidence which eventually resulted in his substitution.

Mats Hummels (7.5/10) : Hummels had a brilliant game but not the result he wanted. He was brilliant with his feet and won one too many interceptions. He also did a commendable job at defending and also kept the ball moving around well.

Thomas Meunier (6.3/10) : Thomas had the worst possible games as he lost almost every ground duel and he also had a good chance at goal but was way off target.

Jude Bellingham (6.6/10) : Jude had a really good time at winning ground duels. He also did well at steering the ball away from their half but didn’t give his best in the field.

Axel Witsel (6.4/10) : Not the brightest of games for Axel. While winning only half of the challenges he made, he lost possession a fair few times and played rough.

Raphaël Guerreiro (6.9/10) : Apart from being decent with defending their side of the field, Guerreiro had an attempt at goal but was way off target.

Donyell Malen (6.6/10) : Not the best performance by Malen. He also had an attempt at goal but was way off target. However, he failed multiple times at winning ground duels.

Youssoufa Moukoko (6.4/10) : Just the 57 minutes for for Moukoko. In his short time period he managed to get an attempt at goal. However, he was way off the target.

Thorgan Hazard (6.2/10) : Thorgan received the entire second half of the game but couldn’t help Dortmund equalise or win the game. He did have opportunities on occasions but failed to convert.

Ansgar Knauff (6.3/10) : Despite getting 33 minutes of gameplay, Ansgar lose possession on one too many occasions which went against the team’s interest.