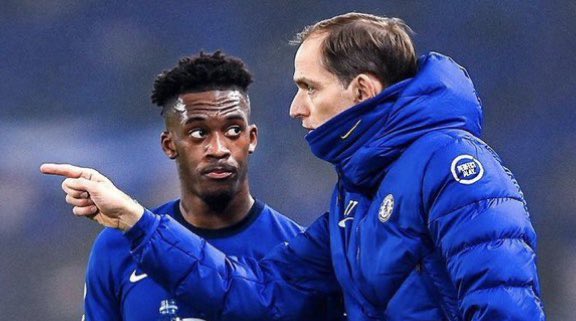 Chelsea drew 0-0 against Wolverhampton Wanderers in the Premier League on Wednesday night in Thomas Tuchel’s first game in charge. The Blues fielded a very different team from their last game.

Kai Havertz had a golden chance in the last kick of the game but his efforts from the corner kick were cleared away by the Wolves defender as his shot was going straight for goal.

Callum Hudson Odoi talks about Thomas Tuchel’s advice to him

One of the players who had a completely different role in Thomas Tuchel’s team was Callum Hudson Odoi. The young English international is generally used as a winger either in the right or left flank up until now.

However Thomas Tuchel to start him in a right wingback role instead. With a formation of 3-4-3 with Matteo Kovacic and Jorginho in the heart of the midfield; Callum Hudson Odoi and Ben Chilwell acted as the two wingbacks for Chelsea.

Kai Havertz played more as a second striker with Hakim Ziyech been given the freedom to roam around the length of the pitch as a creative midfielder. This gave Callum Hudson Odoi the freedom to drift away.

Christian Pulisic came on in the second half and this meant Callum Hudson Odoi shifted to the left wing back role with Ben Chilwell being substituted. This new strategy could well mean Marcos Alonso coming back into the side.

‘I spotted it straight away,’ Hudson-Odoi said. ‘I said to myself I have to get back there as quick as possible and I gave all my effort to do so and try to get a little touch on the ball to take it away.

‘It was my first time trying it yesterday [in training] and I felt alright playing in it, it wasn’t a problem for me. It was good trying to play that position and no matter where the manager asks me to play I will try to do my best.’

Also Read: The dates for the 2022 AFC Women’s Asia Cup India are now out