Since his arrival in International Cricket, Rishabh Pant has attracted a lot of spotlight with charismatic and aggressive batting. The wicket keeper batsman was named as the skipper of the Delhi Capitals for this year’s IPL in place of the injured Shreyas Iyer who is out with a shoulder injury. The left-hander has a big challenge in his hands but on the other hand, it will be a learning process for the youngster as it will be a new experience for the 24-year-old. Being a wicketkeeper it will give him an inside view of the infield which will give him a fair idea about the field positions.

Delhi Capitals has a fine balance of youth and experience. Shikhar Dhawan’s form as always will be vital as his quick-fire start will give experienced middle-order players like Ajinkya Rahane and Steve Smith a chance to capitalize on the start. Dhawan has scored 169 runs in 3 T20I this year with a strike rate of 94.4 and an average of 56.3. On the other hand, Prithvi Shaw’s form will also be vital as the 22-year-old can change gears quickly and can adapt accordingly. His 227 against Puducherry in the Vijay Hazare Trophy this year highlighted the talent the youngster possesses.

Delhi Capitals bat deep with the likes of power hitters Shimron Hetmyer, Marcus Stoinis, wicket-keeper batsman Sam Billings, and Rishabh Pant himself coming at no 7. With the likes of Ishant Sharma and Ravichandra Ashwin in the roster, the team possesses enough experience in the bowling department while the likes of Kagiso Rabada, Tom Curran, Anrich Nortje, M Siddharth and the young Avesh Khan adding enough pace and variety in the pace department.

Off-spinner Axar Patel’s role will be vital alongside veteran Ravichandran Ashwin. Pant has surely got the tools and options in every department but it will be interesting to see how he handles his new leadership responsibility and how he selects the combinations alongside head coach Ricky Ponting and the team management. All eyes will be on the combination he picks keeping the opposition’s strengths in mind. Head coach Ricky Ponting has stated that the additional role will suit Pant’s personality while former World Cup-winning captain Kapil Dev has stressed that Pant will need time to mature as a leader.

The Uttarakhand born is known to be a smart communicator with the seniors as well as juniors. On the other hand, it will be a big opportunity for the Delhi batsman to prove his worth as a skipper. Whether he picks 6 batsmen and 5 bowlers or 7 batsmen and 4 bowlers, it will all depend on the opposition’s playing eleven as Pant will relish the presence of all-rounders Marcus Stoinis and Chris Woakes which will add more robustness in the batting as well as the bowling departments.

Whether it is his 114 off 146 deliveries at the Oval in 2018, his counter-attacking style of play in the 2019 World Cup, his 89 against Australia in Brisbane this year that helped India win the test series 2-1, or be it his 101 against England in the 4th test in Ahmedabad this year in March Pant’s approach, commitment towards his game, his ability to play a match winner’s role with his destructive batting or his confident stroke play during pressure situations is unquestionable but donning the role of skipper will enable him to be a better batsman and test his temperament as skipper which could make him a better leader in the future.

It will test his patience during pressure situations which will make him better with his on-field decision making. Pant’s man management will be in focus and it will be interesting to see how he makes bowling changes depending on the nature of the wicket and the opposition’s batting strength.

It will be a big opportunity for the youngster and playing against the likes of MS Dhoni, Virat Kohli and Rohit Sharma will provide him with a vision to lead his side and make him more confident in his decision making. Delhi Capitals fans so as the franchisee has lots of hope from Rishabh Pant but only time will tell how the skipper handles his new role and whether the team manages to win the title under his leadership. 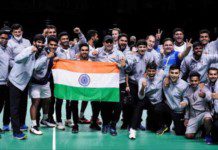 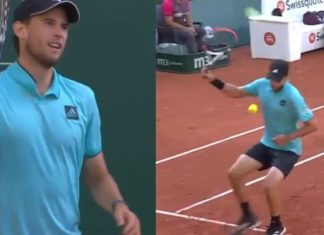 Pritha Ghosh - May 17, 2022
On Monday, May 16th, Dominic Thiem of Austria faced qualifier Marco Cecchinato of Italy in the Round of 32. After returning from a right...