Here is the prediction and preview for Match number 22, Canada Vs Brazil Women’s Football Quarter Final game at Tokyo Olympics 2020, as two good teams fight for a Semifinal spot.

Canada Women’s Football Team, ranked eighth in the world, progressed to the Quarter Finals finishing second in their Group E behind Great Britain, with 5 points to their name courtesy of a win against against Chile and two draws against Japan and Britain. Canada will be facing Brazil in the quarter-finals, a rematch on the cards of the 2016 Rio Olympics bronze-medal game, which Canada had won 2-1.

Brazil Women will also be looking forward to acing this tie, after displaying a dominant performance in their group stage, finishing second behind Netherlands on goal difference. Brazil won two of their games against China and Zambia 5-0 and 1-0 respectively and held heavyweights Netherlands to a 3-3 draw. Brazil’s strength lie with the experienced duo of Marta and Formiga, with the likes of Debinha and Ludmila also proving to be a threat going forward.

The last time two teams met in a friendly in June 2021, the match ended in a goalless draw. However, we are predicting a 2-0 win for Brazil in this match.

Where to Watch Canada Vs Brazil Women’s Football Live Stream 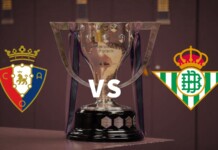