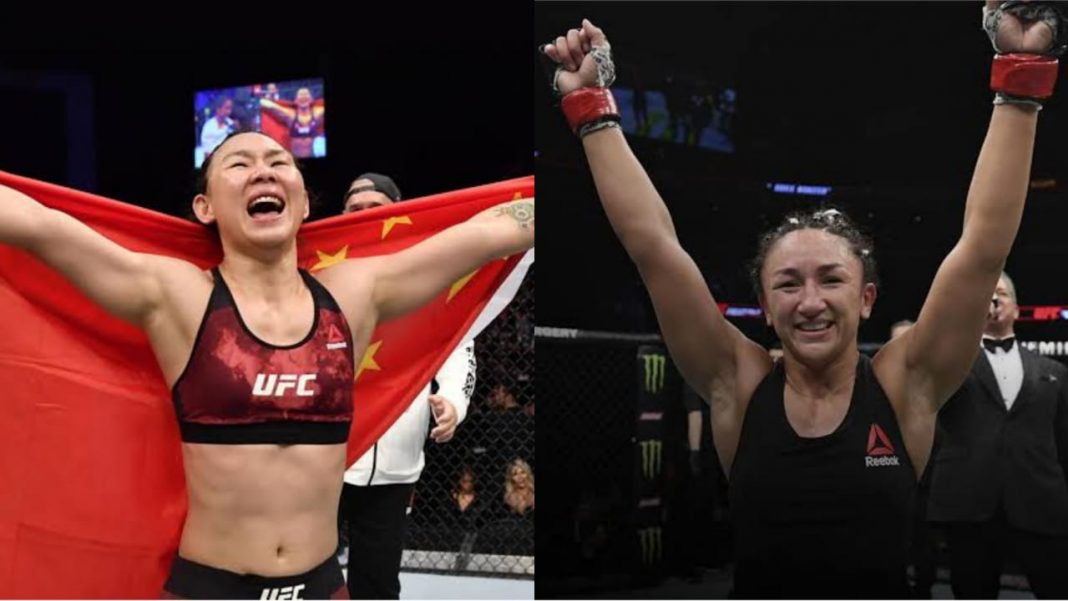 Carla Esparza was the winner of “The Ultimate Fighter” in 2014 and was the first strawweight champion, she lost her title to Joanna Jedrzejczyk in her first title defense and is looking for her title shot ever since.

Now Carla is on a four-fight winning streak snatching victory over the likes of Michelle Waterson, Marina Rodriguez, etc.

Now she believes she is in the perfect spot to challenge for the title, in an interview with MMA Junkie she said, “I’m not one to speak ahead of myself, but I feel with what I’ve done so far, I’ve earned my spot. The proof is in what I’ve accomplished in these last four fights.”

“I’ve had very tough competition and not only that, but I actually did have to change my mindset a couple of years ago because I did come off, for the first time in my career, two losses in a row.”

Esparza is impressed by Xiaonan

Esparza believes her next opponent Xiaonan is a good fighter, she acknowledges her journey and said, “I think she’s just another up-and-comer. Good fighter, fast striking. I haven’t seen her too much.”

“I just started studying her recently. But she’s obviously where she’s at for a reason. I know she recently had a big win over Claudia (Gadelha) so, to me, it’s just another tough fighter in the division.”

“I’ve been fighting the best of the best for so long, to me, it’s just another one. I’ve won and I’ve lost against some of the best in the world so it’s gonna be nothing new, but I think it’s gonna be more of a test for her to see where she’s at and I’m hoping to, not to be disrespectful, but put her back in her place and take what’s rightfully mine.”