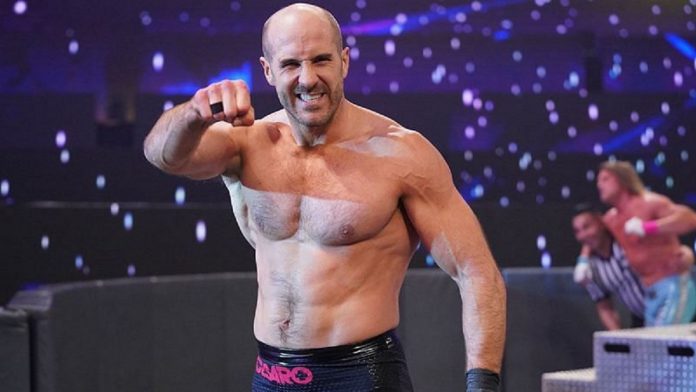 One of the most underutilized stars on WWE has undoubtedly been Cesaro. The WWE Universe considers the Swiss Cyborg to be one of the most talented in-ring wrestler. But unfortunately, Cesaro’s singles accolades do not justify his technical skills.

WWE has hesitated in pushing Cesaro as a top Champion, but things have started to change for the Swiss Cyborg. He has been with the company since 2011, which means Cesaro is finally getting what he deserves after nearly a decade. Fans might definitely be wondering whether Cesaro ever considered leaving the company.

Cesaro recently appeared for an interview with NYPost. One of the things that he discussed on the show was whether he ever considered “going in a different direction.”

“Yeah. So, I’m extremely stubborn. (Laughs). It’s a good and a bad thing, obviously, but I really enjoy entertaining people, and I really enjoy traveling all over the world, and that’s what kept me going.”

Cesaro mentioned that he is a stubborn man. But one thing that has kept him going is the opportunity to entertain people and travel the world.

Cesaro is finally getting the main event push

The former WWE Tag Team Champion has mentioned that hard work will eventually pay off. Right now he is a strong contender for the WWE Universal Championship.

Cesaro is a participant for the Elimination Chamber match. He will be going against Kevin Owens, Daniel Bryan, Jey Uso, Corbin and Sami Zayn. The winner of this match will go on to face Reigns for the Championship on the same night.

Breaking: Clippers’ Kawhi Leonard Ruled Out of Game 5 vs Jazz...