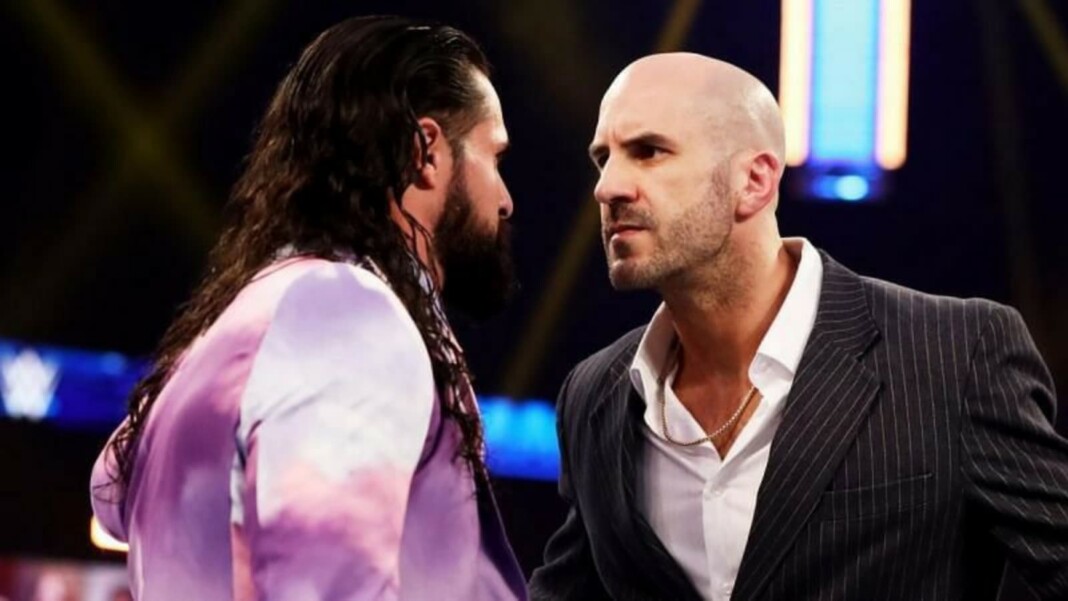 The latest episode of Friday night smackdown witnessed the scintillating return of WWE superstar Cesaro, who took no time on lashing out at Seth Rollins. Former Universal champion, Rollins could not do much about the attack as he was completely blindsided by the returning superstar. Rollins was left grounded to the WWE ring after the attack from the Swiss Cyborg who forced an abrupt end to the show.

Rollins was on cloud 9 as he was on a high, eagerly waiting to take the center stage for an “unbiased” interview with Bayley on the Ding Dong, Hello! show. The interview took place a week after Rollins spoke with Kayla Braxton, which did not go down well with the superstar. The reason for Rollin’s frustration after Kayla Braxton kept pointing to the fact that Cesaro would be coming back soon to the wrestling ring in an attempt of revenge. However, the ‘Cesaro returns’ fact came too soon for Rollins, on the latest episode of the blue brand.

Cesaro returns to WWE to take Seth Rollins out

Rollins was seen laughing and enjoying his time with Bayley in the middle of the ring when the doorbell rang suddenly. Rollins, with no idea of what was going to happen next, answered the call which did not turn out to be a wise decision. The attack was a vicious one from Cesaro that forced Rollins to leave the Thunderdome without his pants. It was not only Seth who seemed disappointed after the unexpected ending of the segment as Bayley seemed to be on the same boat after seeing her set destroyed. Bianca Blair then appeared to have a laugh of her own upon seeing her Hell In A Cell opponent in distress.

This is not the first time Cesaro has humiliated Seth Rollins. After the embarrassment caused by Cesaro, Seth will be looking to address the situation in his own style and it could spark another version of the Cesaro-Rollins rivalry. This could also be a possibility of Seth locking horns with Cesaro at the Hell In A Cell pay-per-view, hoping to end the dispute once and for all. The situation has creepy similarities with the build-up plot involving the two superstars with led to their famous fight at Wrestlemania 37.

Cesaro, who was dressed in a black suit, started the assault with a left fist on Seth’s face to take him down and slammed his head on the door and other properties in the ring before taking of the Messiah’s pants. Fierce strikes from the Swiss superstar followed which added to Seth Rollins’ woes. Seth started the interview by praising Bayley for her actions in the recent past against Bianca. Seth also played the video clip where Bayley taunted Belair and the two in-ring superstars shared a light moment sharing all of the screens. After the humiliation of Rollins, Bianca could not help but tease the show host who was left standing in the middle of the ring, clueless about what went wrong.

Also read: Seth Rollins is up for a rematch with NXT Superstar Adam Cole