by Aditi Srinivas
in Football 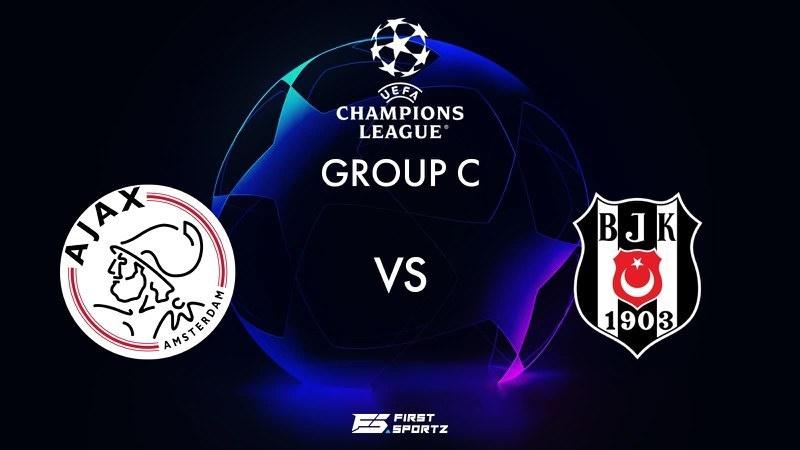 Ajax, playing at home, make it two wins out of two in the Champions League as they beat a very poor Besiktas, 2-0.

Ajax could have scored five or six goals in the game and they would be disappointed not to as Besiktas were down and out from very early in the game. Goals from Berghuis and Haller, who could have gotten a hattrick, help the hosts maintain the perfect record. Ajax got hold of some early possession in the game and set the tempo in the game, but the first big chance fell on the foot of the visitors via Batshuayi, who rattled the far post.

After that, the hosts dominated the Turkish side and created 4 to 5 big opportunities, out of which only two were finished, first by Berghuis after some brilliant work from Tadic, and the second by Haller, from a perfect cross by Berghuis. Ajax could have had more goals as Haller and Tadic both missed easy chances, leaving Besiktas with a mountain to climb.

The second half started without any difference as Ajax started to choke Besiktas down right from the second half whistle, and many chances fell to Haller, who could have gotten more in the game. Besiktas never got into the game as it ended in a comfortable Ajax victory.

Here are the player ratings for the match-up :.

Remko Pasveer: 7/10The Ajax shot-stopper hardly had to do anything in the game after the Batshuayi effort that rattled the post, and had a comfortable game.

Noussair Mazraoui: 8/10The Moroccan right-back was simply amazing in the game as he completed 63 of the 67 passes that were attempted. He was a constant threat alongside Antony.

Jurrien Timber: 8/10Jurrien Timber dropped another masterclass as he never let any Besiktas player near the goal. He was also the highest passes of the game with 97 successful passes.

Lisandro Martinez: 7/10Not only a dominating defensive performance, but this game also highlighted Martinez’s long pass ability, which was pin-point.

Daley Blind: 7/10Blind created a lot of menace in the Besiktas box with his overlapping runs and the accurate crosses, and was hardly needed at the back.

Edson Alvarez: 7/10Alvarez was always in control of the game from the midfield and also had a good headed chance to score which he would be gutted to miss.

Steven Berghuis: 9/10Berghuis was a busy man in the evening as he was everywhere, from missing to scoring to assisting in the game. His cross for the second goal was brilliant.

Ryan Gravenberch: 8/10Gravenberch would be the unsung hero of the match as he was the engine for his side, making a lot of recoveries and also won the highest no. of duels in the game.

Antony: 7/10Antony was lively in the game as he was a constant threat to the opposition and also managed to sneak a shot off the post early in the game.

Sebastien Haller: 6/10Haller got a goal for his statistics but he would be disappointed with all the missed chances as he could have easily scored a lot more.

Dusan Tadic: 9/10Tadic was all over the Besiktas attack with his dribbles and passes in the box, as his splendid run set up Berghuis for the first goal.

David Neres: 6/10 Neres was brought on to widen the margin but he could not do a lot and had only one shot on target which was saved.

Davy Klaassen: 6/10 Klaassen had a good run of 18 minutes in the end and could do no wrong as the game was already won before his introduction

Ersin Destanoglu: 7/10Destanoglu was the hardest worker in the team, as he saved his side from humiliation with his four saves, and could not do a lot for the goals conceded.

Valentin Rosier: 5/10Rosier had a very difficult outing as the whole of Ajax mounted pressure on Besiktas and the right back found breathing space with Tadic coming from his wing.

Serdar Saatci: 4/10Saatci had a poor match as he did not only miss his passes but was also leaving a lot of spaces in behind for Haller.

Fabrice N’Sakala: 5/10Similar to his partner, N’Sakala had no authority in the game and was manhandled by the Ajax attack. N’Sakala won just one duel in the whole game.

Umut Meras: 6/10Meras had a very average game, but was decent in terms of recovering the ball. He was replaced by a midfielder, because of a change in the system.

Souza: 6/10Souza did his best intercepting the highest number of times for Besiktas in the first half and made 10 recoveries throughout the time.

Kenan Karaman: 7/10Karaman was the only lively player in the Besiktas team while attacking as he made a great chance for Batshuayi and also got the ball in only to be ruled invalid.S

Salih Ucan: 6/10Ucan won the most tackles for this team, but his overall performance was not up the point, thus making his manager tweak the setup by replacing him at half time.

Can Bozdogan: 5/10A very silent show from Bozdogan as he was getting outran by the Ajax midfielders and never got to get the ball rolling for his side.

Ridvan Yilmaz: 5/10Yilmaz, who is a natural left back, was played further up the pitch but he could not impact the game attackingly, so he was subbed off at the break.

Michy Batshuayi: 6/10Batshuayi ended the game with a yellow card which sums up his frustration of being isolated in the attack for the whole game and hitting the woodwork with his only chance.

Oguzhan Ozyakup: 6/10Ozyakup brought some energy into the game when he came on at the break, but it was late and Ajax midfielders were already settled to allow him any space.

Gokhan Tore: 5/10Tore was brought on in the 45th minute itself to make him link up with the isolated Batshuayi but even he could not impact and got only ten touches in the game.

Berkay Vardar: 6/10The 18-year-old had a very mixed experience in the game as he did not lose any duel he contested in, but made only two passes during his time.