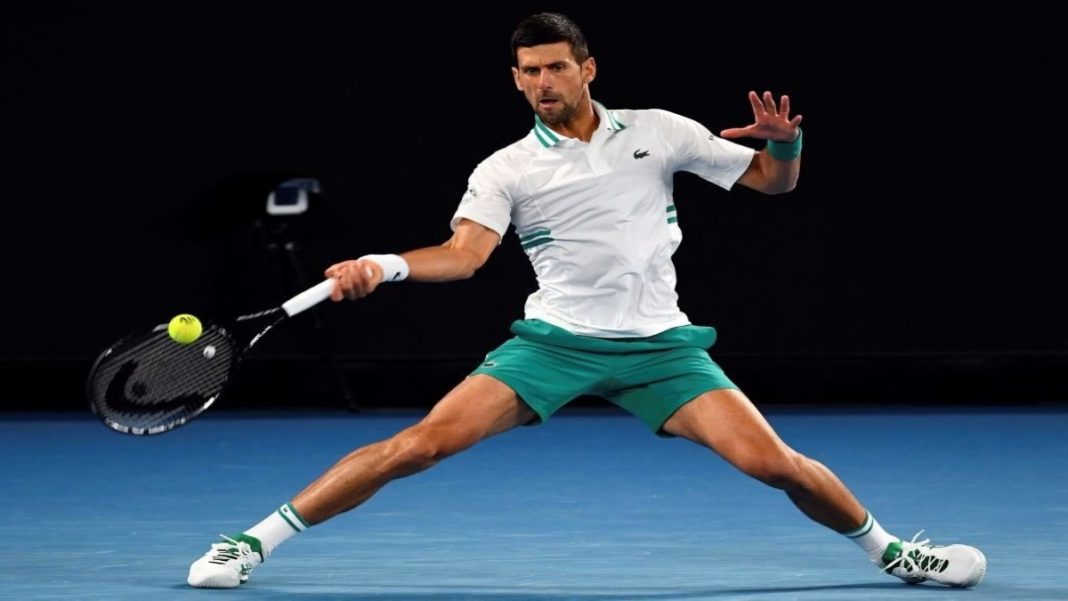 In his 3rd round match against Taylor Fritz, World no.1 Novak Djokovic suffered a major injury scare. Djokovic looked dejected after enduring the abdominal muscle tear. However, Serena Williams’ coach Patrick Mouratoglou has his own views on such claims.

This is a given that Mouratoglou is an ardent admirer of Novak Djokovic and considers him to be a champion of the sport. But that doesn’t mean he buys everything the Serbian claims.

The 50-year-old recently spoke to ‘Tennis Majors,’ where he opened up about the significance of having a rock-solid mentality when it comes to Grand Slams.

“A lot of players like to have little pain here and there, because it takes pressure off. Now, we’re talking about champions. And champions never escape pressure. They accept it, embrace it and learn to deal with it,” Mouratoglou said.

The 17-time grand slam champion is bidding for his 18th and is a huge favorite to defend his crown. But the injury has put his title defense in question.

He suffered the injury during the third set of his match against Taylor Fritz that largely hindered his performance. The reigning Australian Open champion had to be medically treated in between changes, and it was later revealed that Djokovic tore an abdominal muscle that affected his game.

“I do not say that he is not injured. He probably has something, but it doesn’t look like a muscle tear, otherwise he would not be able to move and hit like that” Mouratoglou wrote on his Twitter account.

Djokovic’s injury has been the talk in the tennis world amidst the AO ’21. And this raises massive questions about the severity of Djokovic’s injury. Mouratoglou’s been coaching for years and he knows how a muscle tear would affect a player’s physical fitness. Thus, when he claims Djokovic has nothing of that sort, it must be taken into consideration seriously.