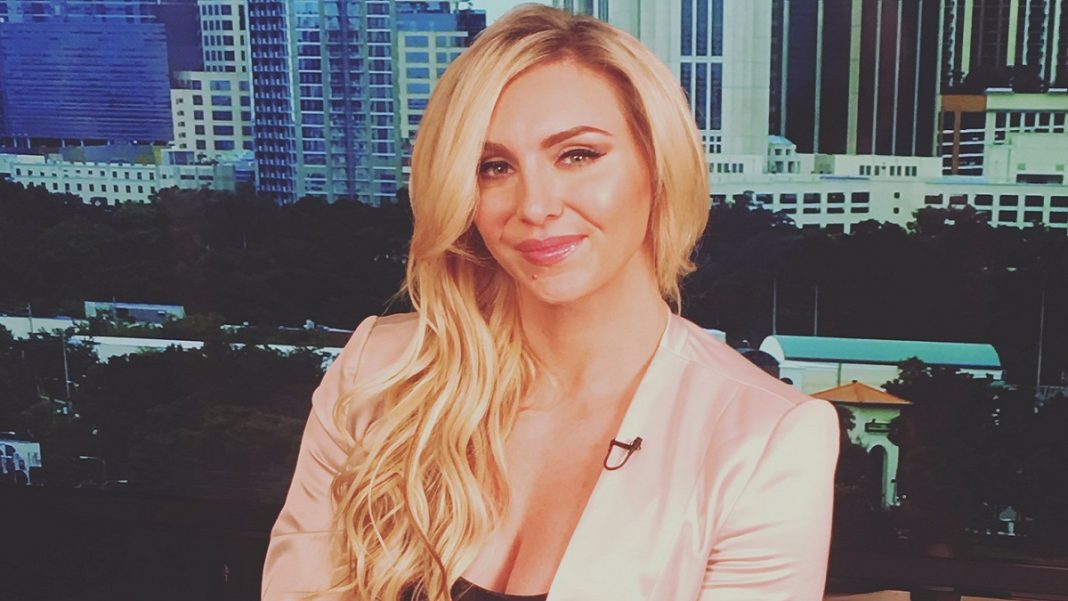 One of the most surprising WWE storylines in the recent times has been the one which involved Ric Flair and Lacey Evans. The storyline involved a romantic angle between Flair and Evans. But the whole angle ended abruptly Evans announced her pregnancy on WWE Raw.

Reportedly, the Flairs were as shocked as the WWE Universe when they were informed about this booking. WWE Hall of Famer, Ric Flair, recently opened up about the initial backstage reaction to the controversial storyline idea.

The feud was given a trial run and there were no long-term goals, informed Flair. While appearing for an interview with Busted Open Radio, Flair admitted that Charlotte was not all that crazy about the storyline when the idea was brought up.

“Well, it caught us both off guard. It was presented to me, I think it was just a trial run if that makes sense, and no one really understood, you know, for sure exactly what was going to go. I would be remiss if I thought Ashley was crazy about it.”

The storyline allowed The Nature Boy to work closely with the former NXT Superstar, Lacey Evans. He found her to be a genuinely lovely person and even met her husband and daughter. Flair felt that all the stars in the storyline were starting to click together, before the storyline abruptly ended.

“…it started all a little rough, and I think it’s smoothing out. She got pregnant, and umm, I thought she is a beautiful girl. I don’t know her that well, but what I know of her, she is just a generally nice person. I’ve met her husband. I’ve met her daughter…and I’m sure we were at the point where we were really going to make it work.”

WWE finally concluded the storyline on a recent episode of WWE Raw, with Flair clarifying that he isn’t the father of the baby. Charlotte then instructed Ric to “go home” as she now focuses on her road to Wrestlemania.