Home Football Chelsea and Manchester United play out a goalless draw as both teams... 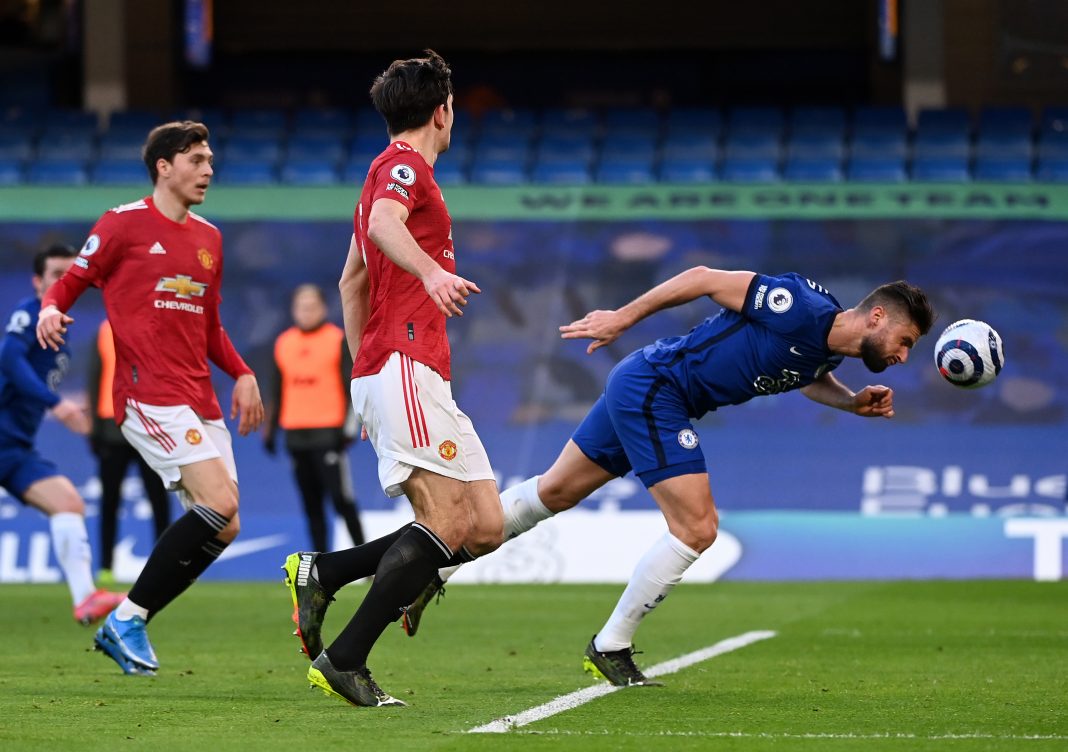 Manchester United and Chelsea played out yet another goalless draw in the Premier League with both teams failing to create clear cut chances. It’s been tale of this fixture in recent times with both sides being extra careful and defensive going into the match.
In their last six meetings with the so called ‘Big Six’ sides, Manchester United have failed to record a single goal. That is poor to say the least.

Callum Hudson Odoi gets a narrow escape with a handball call

On the bright side for Chelsea fans, Thomas Tuchel’s unbeaten run as Chelsea manager continues but they will feel disappointed that they could not seal the three points especially after the impressive display against Atletico Madrid midweek.
For Manchester United there will be complaints about the handball not given but their team were horrid in the final third. Mason Greenwood and Callum Hudson Odoi both appeared to be flashing their hands at the Ball with the Chelsea man getting the touch. Stuart Atwell was recommended to use the on field monitor.

With the rules less strict than what they were three months ago Callum Hudson Odoi had a narrow escape as Stuart Atwell decided not to Award a penalty. Olivier Giroud had quite some opportunities as a target man but failed to make conducive connection with any of the crosses.

Thomas Tuchel made a change in the second half with Callum Hudson Odoi being subbed off for Reece James to come into his place. David De Gea made a brilliant save early on in the second half after being wrong footed to deny Hakim Ziyech. Luke Shaw put in some desperate defending to block the rebound.

Manchester United had few clear cut chances in the second half with Brazilian Midfielder Fred trying to unleash a shot from far but his effirt was just inches wide. Mason Greenwood then tried a curler bit once again flashed wide.
Mason Mount once again proved to trouble the United defenders after a lovely one two with Hakim Ziyech and cleverly evaded Fred and then cut inside past Scott Mctominay and looked to unleash the shot but was blocked.

Reece James continued to trouble the United flank but none of crosses were met by Chelsea attackers. Just when Timo Werner could get in on the end of a delightful delivery at the far Lindelof jumped in to make the interception.