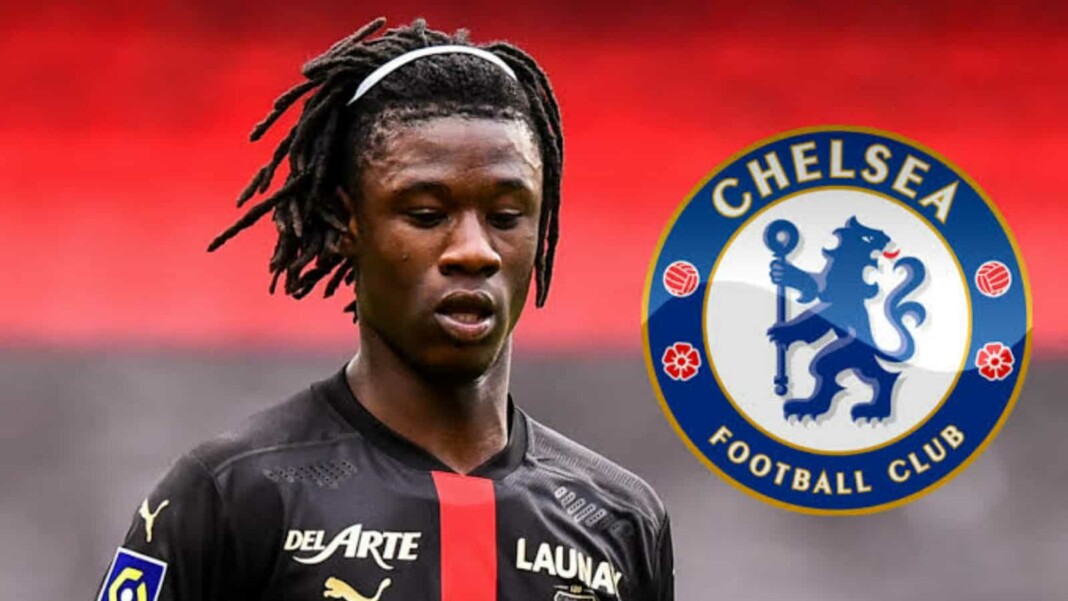 Current European Champions Chelsea FC are said to be interested in signing the 18-year old Eduardo Camavinga, joining Manchester United, PSG, Real Madrid and Arsenal as potential transfer destinations for the French midfielder this summer. The box-to-box midfielder is considered to be one of Europe’s top midfield talents at the moment, and now the Blues have reportedly gained interest in signing the player. Chelsea remain the only Premier League team yet to announce a signing this summer, along with Manchester City and Tottenham Hotspur.

Despite all of Real Madrid, Bayern Munich, Manchester United, PSG and FC Barcelona trying to sign him at some point, Eduardo Camavinga would be available for a relatively cheap price tag of just £25 million if a club decides to go for him this summer. With the pandemic affecting the smaller clubs much more than the big sides, Lille would be looking to make maximum profit on the player. With just one year left on Camavinga’s deal, it would be wise on the French club’s part to sell him off for whatever they get this window rather than letting him go as a free agent next season.

Why, and how, do Chelsea plan to get Eduardo Camavinga?

Chelsea already boast of a star-studded midfield, with the likes of Mateo Kovacic, Nglo Kante, Mason Mount and Jorginho among others. While their interest in Camavinga might come as a surprise for many, there are many possible reasons for this. Eduardo Camavinga is one of Europe’s biggest talents at just eighteen years of age, and it is frightening to imagine the player playing at the peak of his powers, achieving his potential to the fullest.

If Chelsea, and Thomas Tuchel, manage to coach him properly and coax out the underlying talent in the player, then the club has a serious player on their hands. With Billy Gilmour joining Norwich on loan for the season, there is a free slot in the squad that could accommodate a midfielder.

In case Camavinga does not reach the heights expected of him, his young age means that there will always be clubs willing to buy him later on. Getting a player of his calibre for £25 million is a steal in today’s market, as Chelsea can later dictate his resale value and conduct good business off him even if he does not perform.

With regards to how they plan on signing him, former Chelsea legend and current technical advisor Petr Cech’s connections to his former club makes Chelsea a desirable club to sell too, from Rennes’ point of view. Cech began his European career at Rennes and remains very popular there, according to French journalist Julien Laurens.

Adding to the probability of a transfer, Rennes boss Bruno Genesio admitted last week that the club had resigned themselves to Eduardo Camavinga’s departure. “We have already stressed several times that we cannot afford to remain in this situation concerning an international player like him,” he said. “I hope we find a solution that everyone is satisfied with.”