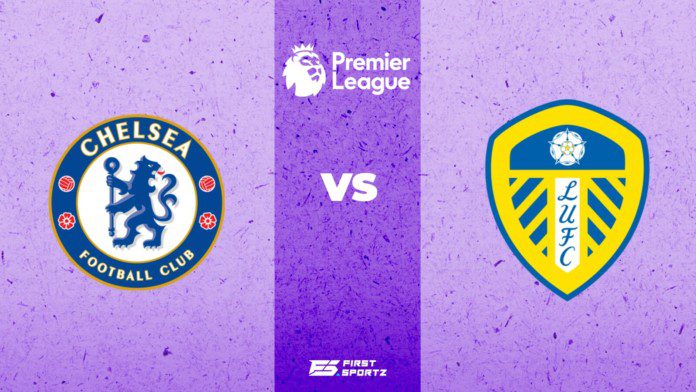 Chelsea vs Leeds United: Chelsea squared off against Leeds United at the Stamford Bridge Stadium on matchday 16  of the ongoing edition of the Premier League.

After a couple of disappointing results on the trot, Chelsea has bounced back in the Premier League to claim a comeback victory against Leeds United at Stamford Bridge. A topsy turvy encounter saw Leeds take the lead through Raphinha’s penalty in the first half and the Blues equalized through their own homegrown talent Mason Mount.

Jorginho did what he does best from the penalty spot not once but twice as he scored in the final minutes of the game to score the winner after Leeds’ Gelhardt had brought them level at 2-2 in the 83rd minute. With this victory, Thomas Tuchel’s side continues to maintain pressure at the top of the league and are 2 points off Manchester City in the third position.

Let’s take a look at the player ratings for Chelsea vs Leeds United match:-

Eduoard Mendy(6.5/10)- The Chelsea shot-stopper Eduoard Mendy pulled off a fine save in the first half. Rafinha struck a volley and he flew to save it.

Cesar Azpilicueta (6.5/10) – Cesar Azpillecueta was better than last time out in the UEFA Champions League. He was producing some good balls down the right-hand flank.

Thiago Silva(7/10)- Another commanding performance from the Brazilian defender. He was organizing the play at the back for Chelsea.

Antonio Rudiger(7/10)- The German defender produced a crucial moment. He was fouled in the box and after a VAR check, the penalty is awarded.

Reece James (7/10)- Reece James produced a fine block to deny Rafinha in the first half. He was the first player to be booked after fouling Daniel James.

Ruben Loftus Cheek (6.5/10)- A decent performance from the midfielder today. He was getting involved in the attacking play and dribbled past defenders.

Marcos Alonso(7/10) The left-back produced a poor performance after conceding the penalty. He gave the assist to Mason Mount who finished off with his side foot.

Jorginho(8.5/10)- The Italian midfielder returned to the midfield and was commanding. He provided a fine through ball for Kai Havertz but the latter was unable to finish it off. He scored the two important penalties which was ultimately the winner.

Kai Havertz(6.5/10)- The German international had a great opportunity at the end of the first half after Jorginho threaded in a lovely through ball. He went to finish at the near post but his efforts were saved.

Timo Werner(6.5/10)- The German international played a lovely one-two with Mason Mount which eventually led to the equalizer.

Mason Mount(7.5/10)- Once again it was the Chelsea youngster who stepped up for the home team. Mason Mount finished off a fine effort after the ball broke loose for him.

Illan Meslier(6/10)- The Leeds United goalkeeper made a fine save after Havertz went one on one with him. He stuck out a leg to make the save.

Luke Ayling(6.5/10)- An average performance from the Leeds defender today. He was winning ntge aeriel duels but his positioning was wrong at times.

Junior Firpo(6/10)- The former Barcelona man was playing at the left-hand side of the defense today. He was being troubled by Reece James on occasions.

Diego Llorente(5,5/10)- A below-par performance from the defender tonight. He was later booked on in the second half after an unnecessary challenge.

Adam Forshaw (6/10)- a half-decent game by the attacking midfielder today. He was unable to create opportunities for the forwards to convert.

Tyler Roberts(6.5/10)- Tyler Roberts spurred a great opportunity in the second half after some great play. Harrison played in a lovely ball but Roberts was not able to finish off.

Jack Harrison(7/10)- Jack Harrison produced a fine performance. He was lively throughout the game and was springing up in places.

Stuart Dallas(6/10)- Dallas was given a free role today. However, was not able to do full justice to it and did not produce any clear-cut chances.

Rafinha(8/10)- The forward put on a fine display today. He struck a sweet volley in the first half which was saved by Mendy. He then stepped up to slot in the penalty for the visitors.

Matteusz Klich (6/10)- Klich came on in place of Shackleton in the second half. He was booked after coming on and also got a shot on target. He conceded the penalty in the end.

Joe Geldhart(7/10)- Geldhart was brought on to replace the goalscorer Rafinha. He then went on to equalize

for Leeds United with a smart finish.Charlie Cresswell- NA 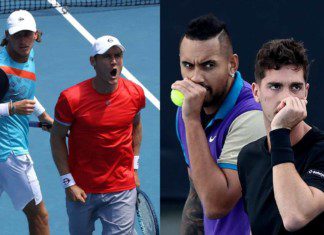 Varsha Srikumar - January 28, 2022
On Saturday, January 29, the Australian Open’s finals will be an all-out Aussie match between Nick Kyrgios/Thanasi Kokkinakis and Matt Ebden/Max Purcell. Both teams...