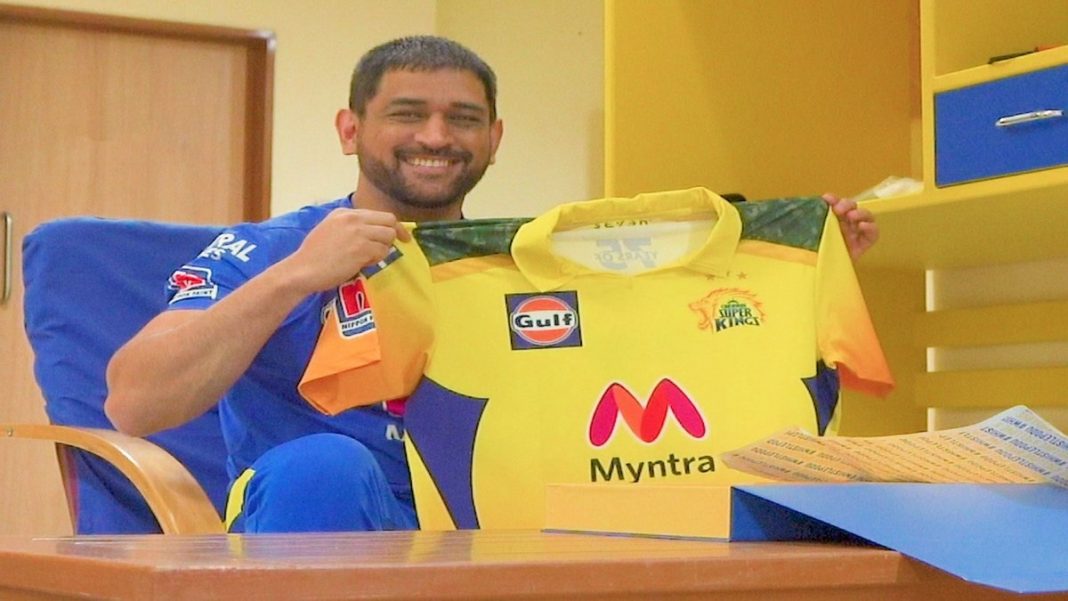 Chennai Super Kings (CSK) have unveiled their new jersey for the 2021 edition of the Indian Premier League (IPL). The franchise took to Twitter to make the announcement with a video which features their captain MS Dhoni revealing the new design which also has a tribute to armed forces.

Also Read: IPL 2021: Adam Zampa to miss the first match for Royal Challengers Bangalore due to his marriage

Chennai Super Kings have been one of the most consistent teams in the history of the IPL. However, their smooth progress and consistency took a hit when they finished outside the playoff spots for the first time ever in their history. Further, it was only a late surge propelled by youngster Ruturaj Gaikwad that helped CSK avoid the wooden spoon with Rajasthan Royals (RR) taking the spot instead thanks to a late slump.

Chennai Super Kings had already announced fashion brand Myntra as their primary shirt sponsor. A concept kit had also been teased but the official reveal hadn’t been done. It was today that they made the announcement on their Twitter handle writing, “Thala Dharisanam! #WearOnWhistleOn with the all new #Yellove! #WhistlePodu”

Elaborating on the design, “The camouflage on the shoulders is bordered with gold bands that signify the high standards set by the team both in terms of consistency and fair play – CSK won the IPL fair play award six times in 11 seasons. The three stars denote the three IPL titles won in 2010, 2011, and 2018. Super Kings qualified for the Playoffs in 10 seasons and made it to the final eight times,” the franchise said in a release.

CSK begin their IPL campaign against Delhi Capitals (DC) on the 10th of April in Mumbai.