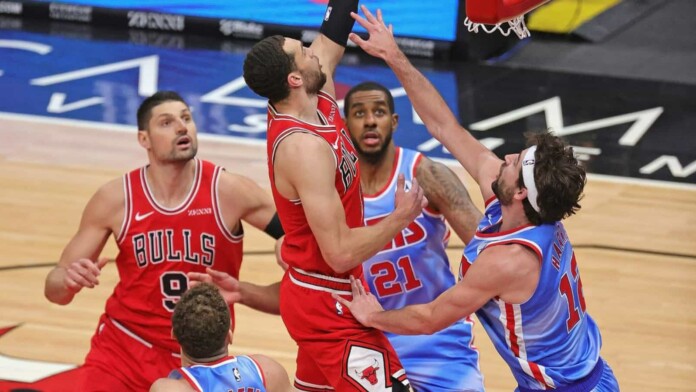 Read and know more about the Chicago Bulls vs Brooklyn Nets Live Stream. Following two back to back losses against the Philadelphia 76ers, the Bulls are the third seed in the Eastern Conference. They have a record of six wins and three losses.

The Nets are seated right below the Bulls with a tied record of six wins and three losses. They are coming off a four game win streak. Both teams will be battling it out to be the among the top three in the East. Here is a preview of both teams.

The Bulls were upset twice in a row in their last two games. They shot a below average of 26.3% from three during the two game stretch. The Bulls were able to keep the scores close however it was their poor defensive plays that allowed the 76ers to score more. Demar Derozan and Zack Lavine were the only two players to score the ball well while the rest of the team experienced a withdrawal on the offensive end.

The Nets without Kyrie Irving are not having as bad as season we thought they would have. Kevin Durant leads the team in points averaging 28.3 points per game along with 8.8 rebounds. He leads the league in scoring and is fourth in the league for player efficiency rating. James Harden and Lamarcus Aldridge have also been a side help offensively when Durant is on the bench. Harden is fourth in the league for assists taking a very balanced role on the Nets team.

The predicted starting lineup for the Chicago Bulls:

The predicted starting lineup for the Brooklyn Nets:

Schedule of the Live Stream

The Chicago Bulls vs Brooklyn Nets Live Stream will be broadcast at different times due to the difference in the time zones.

It would not be too easy to say the Nets have the game already since the Bulls have showed how dangerous they can get. The big three in Derozan, Lavine and Vucevic is a perfect situation to lead the team to wins. Both teams are powerful on both sides of the court. Let us see how both teams battle it out on the court.

“He is extremely outspoken and was potentially auditioning for a second career” Skip Bayless feels Patrick Beverley can become an analyst after harsh criticism...