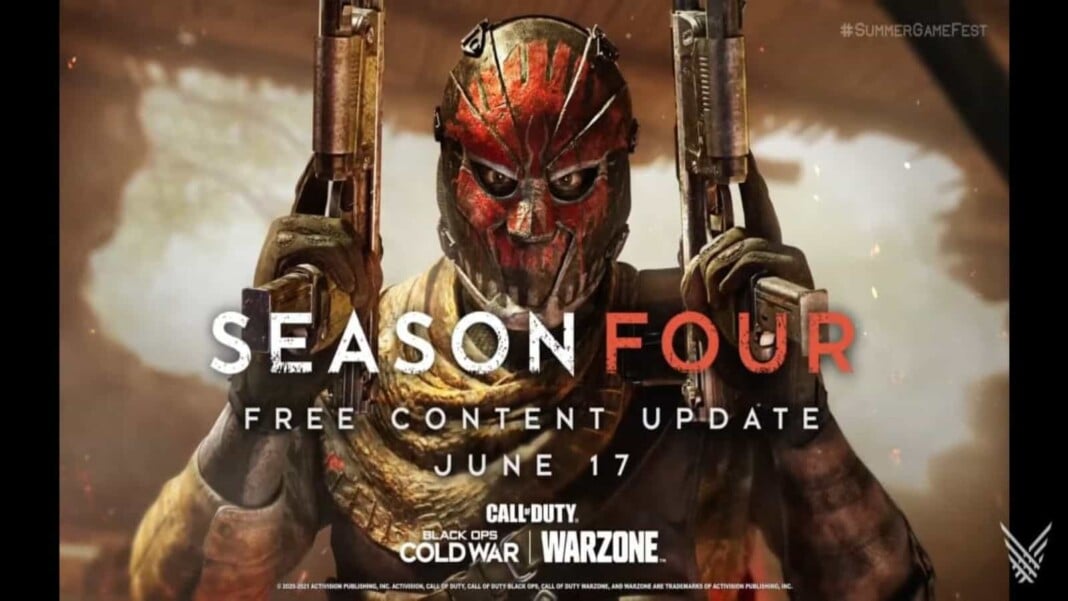 The video reveals parts of elements to come as part of COD Warzone Season 4 and some other games as part of the fest. Hosted by Geoff Keighley “with a performance by Weezer, Day of the Devs and more!” The article speaks about the revelations made particularly on COD Warzone Season 4 Trailer during the live event by Summer Game Fest.

Geoff Keighley, the host for the event, had previously posted a hype reel trailer on Twitter on the past weekend, which featured games slated to appear at the show. The short teaser included footage from Overwatch 2 and Horizon Forbidden West. The show also features “the reveal of a new adventure from Gearbox and 2K”, which was shared as part of a teaser website.

Johana Faries, SVP and GM of Call of Duty, attended the session to reveal the new game elements along with the release date disclosure on June 17th. In her words, “It’s jam-packed with new content across Cold War and Warzone…New Maps, New Weapons, and ‘badass new Operators’, hijacked Gulag, unleashed zombies”.

The official trailer was definitely a riveting one and worth the hype that seemed to start off with a masked man hijacking space rockets, followed by 3 gameplay modes as follows:

The setting seems to be very unruly in the official trailer, with Zombies getting uncaged, and what seemed to be flaming dragons or monsters in the backdrop. The trailer ended with a train trammeling scene and caught up with the hype of audiences. Furthermore, the World Series of COD will launch on June 22nd, to mainly highlight competitive Call of Duty, apparently with the biggest prize pool in Warzone.

The additions in this include custom Lobby Experiences with 150 players, and COD has partnered with Twitch Rivals to accompany in a mutual growth zone, and see competitive Warzone on a more global display. To sum up, the trailer has kept up the hype and given audiences something to swoon to.

Here are a list of changes that were introduced in the live session of COD Warzone Season 4 Trailer:

FirstSportz is the First Stop for all sports fanatics like you and us. Starting in 2019, we initially concentrated only on Olympic Sports, but to make it the first and final stop for all sports lovers, we have added every other sport which you might be looking for, like Cricket, Football, Tennis, Esports, NBA, MMA and much more.
Contact us: [email protected]z.com