The weapon meta has been reset in the Call Of Duty warzone, forcing players to reconsider their assault rifle options. The AN-94 has become a viable option, changing the Best AN-94 Warzone Loadout to offer everything you need for the battle royale: accuracy, range, a fast rate of fire, and the potential to strap on a 60-round magazine.

The AN-94 setup for Warzone we’ve got below gives you decent damage per second over mid to long-range fights, without making the gun unwieldy in close-up gun battles. The article will discuss the best AN-94 loadout for Call of Duty Warzone after Season 5 launched.

The AN-94 received quite a buff as part of the Season update. When it comes to shooting from a distance, an assault rifle with minimal recoil and a good magazine is the best choice. Assault rifles like AN-94 can pick off enemies from short to medium ranges with ease, thanks to their recoil reduction and damage boost.

The Commando Foregrip aids in recoil stabilization as well as aiming stabilization at the cost of movement speed. A constant 3.0x magnifying scope that assists well in target recognition & acquirement, but maybe hindering in close-quarters engagements. As such, it is great for loadouts that can balance hip-fire and mid-range accuracy. 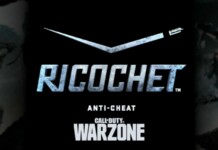