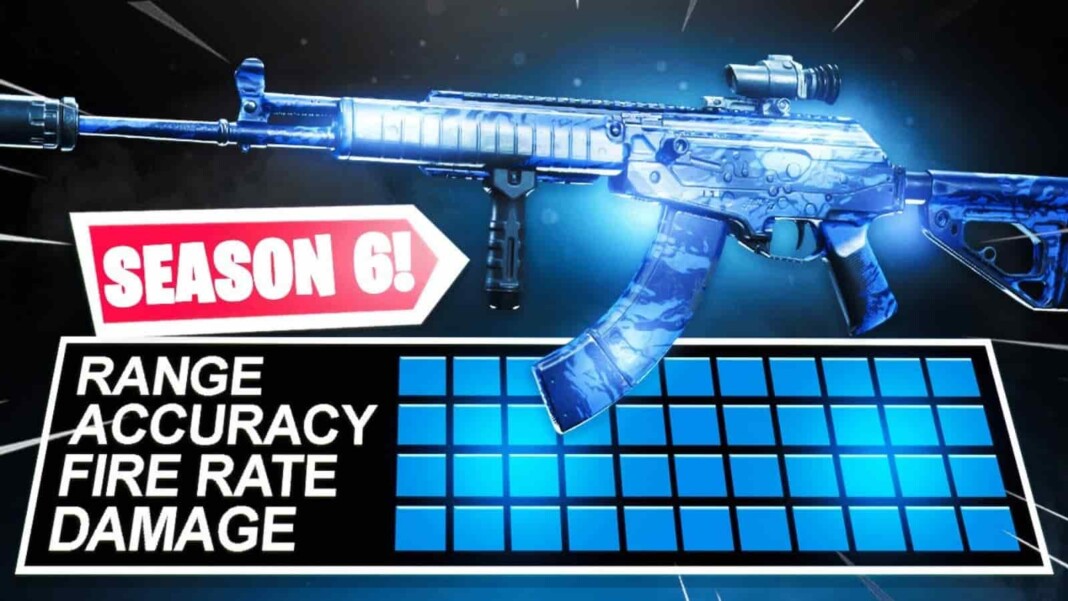 Call Of Duty warzone season 7 changes are forcing players to reconsider their assault rifle options. The best CR-56 AMAX Warzone Loadout can offer everything you need for the battle royale: accuracy, range, a fast rate of fire, and the potential to strap on a large magazine.

The CR-56 AMAX setup for Warzone will give players better damage per second over mid to long-range fights, without making the gun unwieldy in close-up gun battles. The article will discuss the best CR-56 AMAX loadout for Call of Duty Warzone after Season 4 launched.

The Monolithic Suppressor adds the all-important sound suppression stat, perfect for those top ten situations when need to avoid being spotted on enemy radars. This muzzle also comes with a buff to the weapon’s damage range, allowing this assault rifle to take on enemies from a distance. The XRK CR-56 Stippled Wrap is a grip tape attachment for the CR-56 AMAX.

The XRK Zodiac S440 barrel further improves the damage range, bullet velocity, and recoil control of the CR-56 AMAX. This does hurt the weapon’s mobility, but it turns the assault rifle into a long-range weapon. The Commando Foregrip to improve the recoil and aiming stability. Finally, the AMAX takes one last hit to its mobility with the 45 Round Mags.