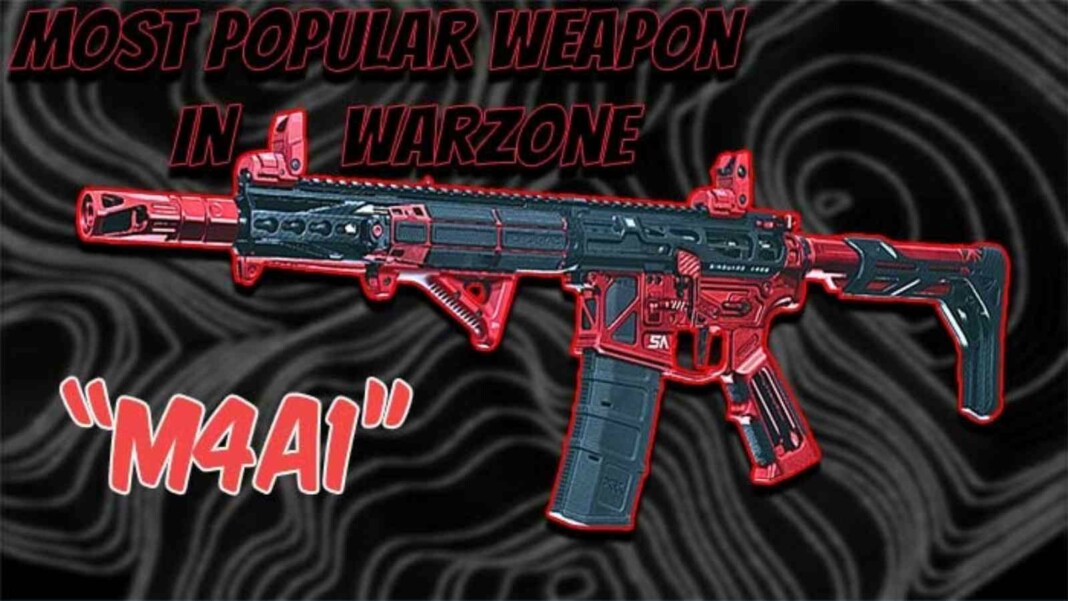 Call Of Duty warzone season changes are forcing players to reconsider their assault rifle options. The best M4A1 Warzone Loadout can offer everything you need for the battle royale: accuracy, range, a fast rate of fire, and the potential to strap on a large magazine.

The M4A1 set up for Warzone will give players better damage per second over mid to long-range fights, without making the gun unwieldy in close-up gun battles. The article will discuss the best M4A1 loadout for Call of Duty Warzone after Season 4 launched.

The M4A1 was a Battle Pass gun from way back in the Modern Warfare days, so it’s one you might need to put a bit of effort into unlocking. The best M4A1 loadout excels at mid-range thanks to its impressive damage output. The best Warzone M4A1 loadout is:

The Stock M16 Grenadier is a barrel attachment featured in Call of Duty: Modern Warfare and Call of Duty: Warzone. It is an M16-style barrel. It can be used in conjunction with the M203 grenade launcher. It reduces movement speed and ADS speed significantly but increases damage, range, and recoil control. Operator Reflex Sight gives a crisp sight picture at a negligible Aim Down Sight Speed, same with most reflex sights. Choose a reflex sight which you are satisfied with its sight picture.

Heavyweight angled grip keeps the weapon steady while aiming, and helps maintain control during heavy fire. Used for weapons with hard-to-control recoil patterns. A bit of movement speed is worth it if the recoil is so high you can’t follow up your shots. Stippled pistol grip tape maintains control performing high-speed maneuvers. Less stable but very agile. Increased ADS speed and faster firing after a sprint, for a bit of aiming stability. Mostly used to balance out other attachments.

As soon as you have the money, you should buy another loadout with one of the many other powerful guns and use it to get a second primary weapon. Of course, you could run Overkill as your second perk and grab the best warzone sniper to complement your mid-range powers.