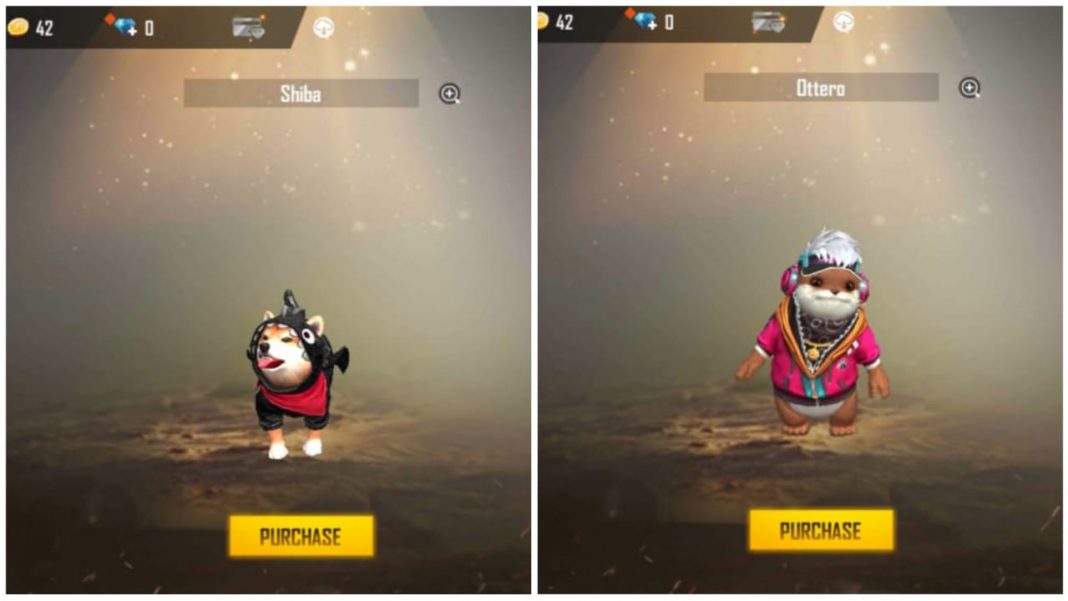 Free Fire includes a lot of interesting in-game additions and features. It is also popular for the updates it brings to the game on a regular basis. One such addition is the introduction of pets in the game. The pets are the roaming companions of the players. Also, they provide assistance to the players in the form of abilities. Shiba and Ottero are two such pets in the popular battle royale game. This article takes a look at the comparison of Shiba vs Ottero in Free Fire.

Shiba is a dog pet in Free Fire. Its ability is called called “Mushroom Sense”, At the highest level, Shiba will receive a new skin named Golden Tail which looks very cool. This marks the location of surrounding mushrooms on the map once every 180 seconds and the mark lasts for 30 seconds. By eating mushrooms, it increases the player’s EP which eventually gets converted into HP. On upgrading the pet to the 6th level, the pet will mark mushrooms on the map every 150 seconds.

Ottero is one of the coolest pets in Free Fire. His ability is called ‘Double Bubble’. Likewise, his ability provides additional EP when using a Treatment Gun and Med Kit. At the initial level, this ability restores EP equal to 35% of recovered HP. However at the max level this bonus increases to 65% of recovered HP. It will unlock a new skin at level 4. This pet is one of the most used pets among the players.

Shiba and Ottero pets are two of the most popular pets in Free Fire. Both are available for 699 diamonds in the in-game stores’ section. When comparing both pets, one thing to note is that the Shiba pet is only applicable in the Ranked or Classic modes, which is a serious drawback. On the other hand, Ottero can be used efficiently in both modes.

With the introduction of characters like K in Free Fire, the demand for mushrooms and pets like Shiba has fallen. It is clear that Ottero dominates over Shiba in all modes. This was all about the comparison of Shiba vs Ottero in Free Fire.