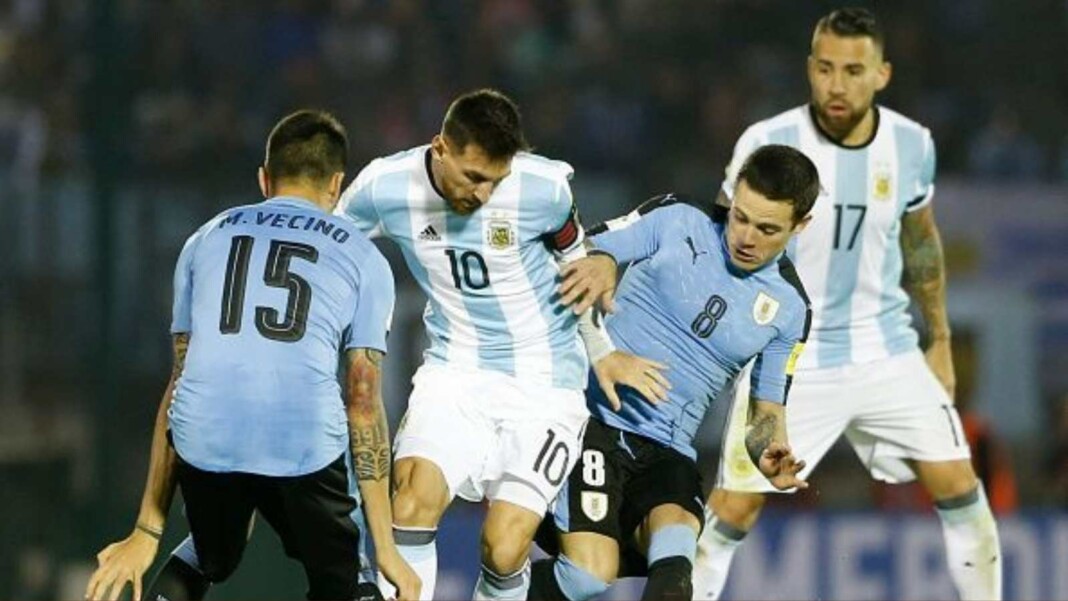 While Brazil are soaring high with wins in both their matches in the Copa America 2021, Argentina are yet to register their first victory of the campaign. The Argentina side, led by Lionel Messi, face a tough task today against Uruguay, who play their first match of the elite competition being held in Brazil. Lionel Scaloni’s men who missed some sitters in their first game against Chile need to be clinical in the final third as Uruguay are unlikely to give away many chances.

Uruguay boast of a decent attacking line comprising of Luis Suarez and Edinson Cavani, both in brilliant form for their respective clubs. Argentina’s defence remains a matter of concern and it looks like newly found talent Cristian Romero is set to start today for The Albiceleste. The match is set to get underway at 5:30 AM IST at the Estádio Nacional de Brasília in Brazil.

Argentina’s success will once again depend heavily on the shoulders of Lionel Messi, who showed glimpses of why he is the best in the world, in the previous match. He scored spectacularly from a freekick against Chile and had set up two chances for Nicolas Tagliafico and Nicolas Gonzalez, that went begging to be netted. The likes of Giovani Lo Celso, Angel Di Maria, Lautaro Martinez, Sergio Aguero, and Rodrigo De Paul are expected to provide the much-needed support and ease off the pressure of the six-time Ballon d’Or winner’s shoulders.

Uruguay will go into this game on the back of consecutive goalless draws in World Cup Qualifying games. Oscar Tabarez’s side were unable to see off Paraguay and Venezuela and that raises a lot of questions about the team’s form and playing style. La Celeste have won Copa America 15 times, more than any other nation with Argentina just one behind with 14. This is expected to be the most competitive of the tournament so far with some serious offensive talents on display.