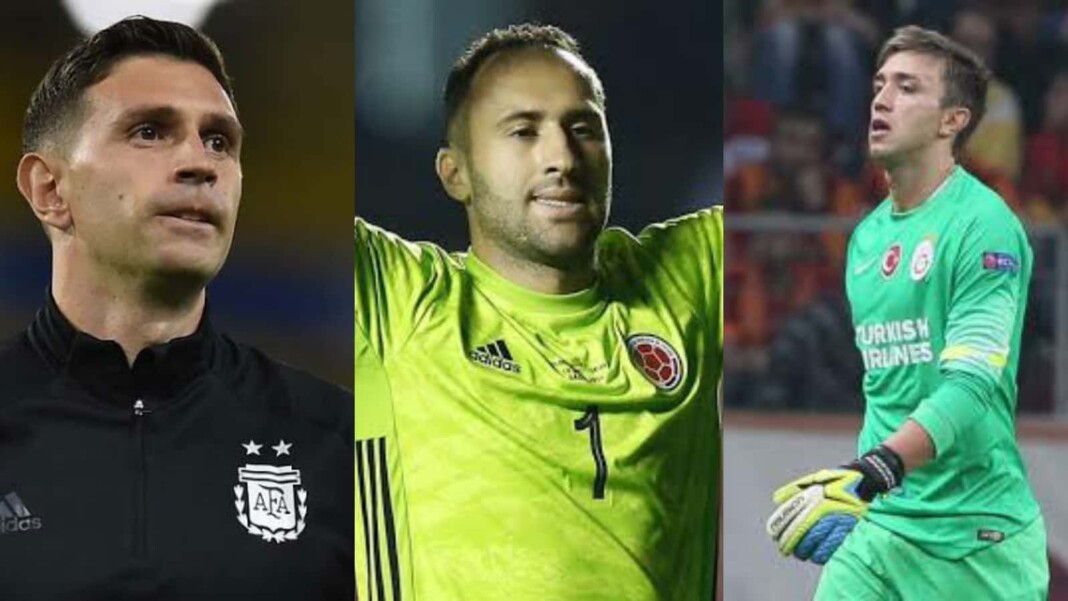 As the Copa America 2021 reaches its final stages with the semifinals lineup confirmed and just three matches left to be played, there have been a few standout players in the tournament so far. In the case of goalkeepers, there have been a few heroic shifts put in by the #1s to keep their country in the game. Here is a look at the top 5 goalkeepers in Copa America 2021 so far.

Colombian shot-stopper David Ospina has been on a very good run form, playing an important part in the nation’s run to the semifinals. Including a man of the match performance against Ecuador in a 1-0 win, Ospina has made a total of 9 saves in the tournament so far and also has the most clean sheets in the tournament with 3. The 32-year-old keeper played second fiddle to Napoli’s first choice Alex Meret all season, but he has now displayed his experience in guiding Colombia to the semifinals with two penalty kick saves in the quarterfinal shootout against Uruguay.

34-year-old Carlos Lampe has been brilliant for Bolivia in this tournament. Despite playing just three matches and conceding seven goals, Lampe has made a tournament-high 25 saves at a rate of 8.3 saves per match. Against Chile, Carlos Lampe made ten saves to keep the score down to 1-0 and was also in fine form against Argentina and Uruguay despite conceding six goals. Drawn in a group that Bolivia were not expected to qualify from anyway, Lampe was one of their shining lights as the nation put up a fight before going down.

Another already knocked-out goalkeeper, Wuilker-Farinezhttps://www.transfermarkt.com/wuilker-farinez/profil/spieler/373714 had an average opening game but put in one of the best performances of the tournament in a 0-0 draw with Colombia in which he was the man of the match. Despite Venezuela finishing last in their group of five, Farinez can take heart from his highly impressive performances. He too played second fiddle for his club season, with most of his squad inclusions ending on the bench, but earned a move to French club Lens. At just 23 years of age, the highly-rated goalkeeper has a lot of potential and his Copa America campaign only served to prove this point.

After Sergio Romero’s 2014 campaign, Argentina have been on the look for a strong number 1 ever since. In Emiliano Martinez, the Abliceleste have finally found a worthy successor. With consistent performances for Aston Villa throughout the season, Martinez claimed the national team goalkeeping spot for himself and has now made it clear why he is the undisputable #1 in the Argentine national team. In four matches, Emiliano has three clean sheets and seven saves as Argentina have made the semifinals by conceding just two goals in five matches. Two matches away from the glory that has evaded the blue and whites for a long time, Martinez would have to be at his best for Argentina to finally win a Copa America after a long drought.

Galatasaray goalkeeper Fernando Muslera’s man of the match performance against Colombia was not enough to keep his nation in the tournament, but his overall performances have been something he must be proud of in hindsight. With just two goals conceded over the course of the tournament, Muslera has been one of the best shot-stoppers in the tournament. He has made 11 saves in the tournament at a joint-seventh rate of 2.2 saves per match, and despite a shock penalty shootout defeat to Colombia, Uruguay custodian Muslera can take heart from his performances. He will play the World Cup qualifiers and eventually the FIFA World Cup 2022 with his nation, and he will once again have to be at his best for Uruguay to have a good run.