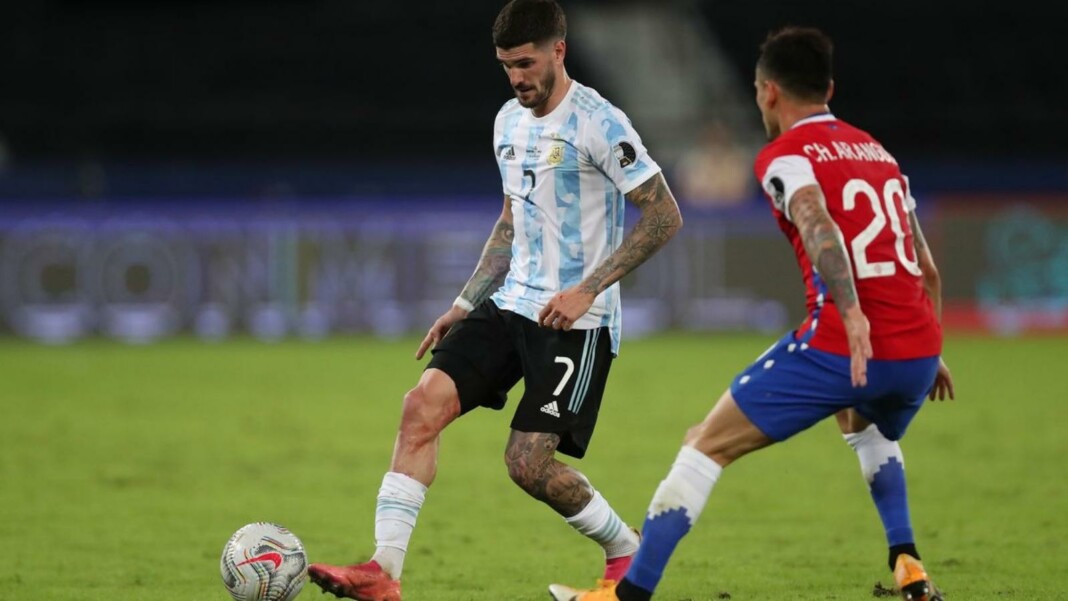 The Copa America 2021 is all set for the semi-finals to take place with Brazil taking on Peru and Argentina going head to head with Colombia. While Brazil, Argentina, and Colombia making it to the semis do not surprise us, Peru’s performance certainly does. But the stage is set for these four teams to battle it out in Brazil with 3 exciting matches still left to be played in the tournament.

There have been some brilliant performances in the midfield in the Copa America 2021 so far. We have seen a lot of skills and absolutely sensational passes which have made us applaud the caliber of these extraordinary players. Let us now look at the top 5 midfielders in the tournament so far:

Lionel Scaloni has been skeptical to start Angel Di Maria in the crucial matches but the PSG midfielder has shown once again what he is capable of. Coming off the bench he has delivered performances that have been the highlight of the games. Out of the five matches Argentina have featured in so far, Di Maria has bagged a man of the match award while the four others have been presented to Lionel Messi. However, Di Maria had started the game against Paraguay and his instant impact was clearly visible. He provided a stunning pass to Papu Gomez bisecting the whole Paraguayan defence and the forward scored the only goal of the game.

Another player from Argentina’s midfield who stood out is Rodrigo De Paul. He has been on the rise in recent years and his abilities are most likely to see him move to Atletico Madrid after the Copa America is over. The Udinese man has been the anchor in the midfield and has been contributing to both attack and defence. He also drew first blood for Argentina in their quarter-final against Ecuador marking his first international goal. Going forward in the tournament, De Paul would be immensely crucial for Argentina and Lionel Messi’s hopes of winning the Copa America.

Though Brazil have qualified for the semi-finals, they did survive a major scare against Chile. Brazil scored first in the match but Gabriel Jesus was sent off just two minutes after the goal. It was the 48-minute mark when Jesus went off and there was still a lot of football to be played. But Brazil managed to make it through without conceding, courtesy of a brilliant performance from Casemiro giving his all in doing the nasty work he does. The group stages were not very challenging for him and he performed quite well but most importantly, the Real Madrid defensive midfielder showed his class when the team needed him to.

This Copa America has seen the rise of a new star. Miguel Almiron of Paraguay has been at his very best and have gifted us magical moments in the Copa America 2021. Though Paraguay could not make it to the semi-finals, Almiron was highly influential in their journey till that stage. And much to the disappointment of the Paraguayan supporters, Almiron could not play in the quarters and perhaps the team missed his pace and skills that have been the main creator of Paraguay’s chances.

Guido Rodriguez is one more player who came to our notice this Copa America. He is a holding midfielder for Argentina and has had a significant impact in the Albiceleste doing so well defensively. He has a good vision and also a good passing range which made him easily fill Leandro Paredes’s boots during his absence. though Guido Rodriguez is not expected to start the semi-final against Colombia as Paredes would be the first choice, the former has already made his mark with his goal against Uruguay.