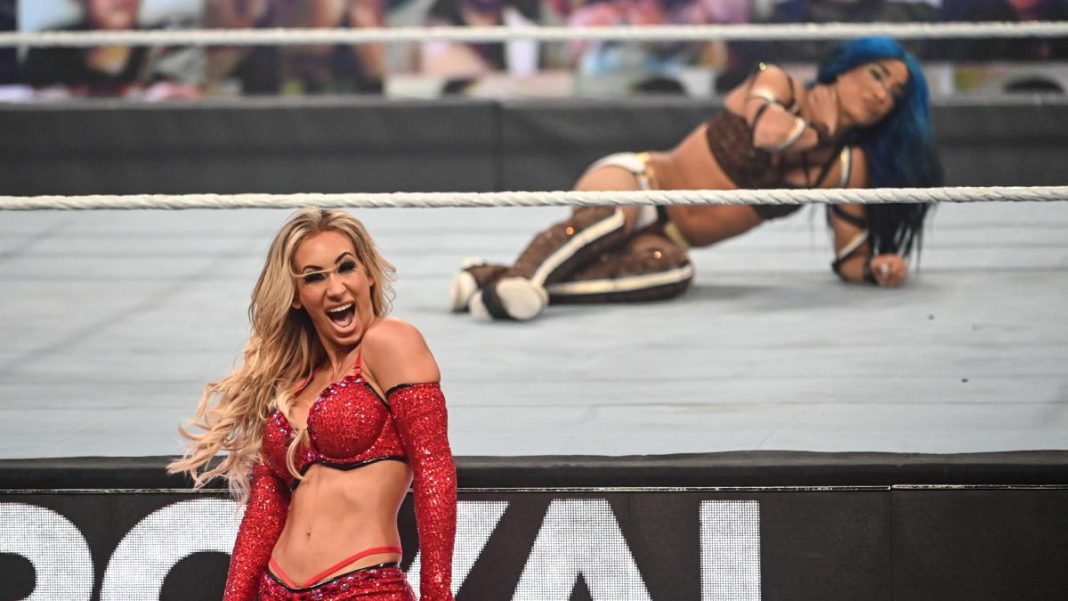 Graves has revealed that Carmella was “a little banged up” after her match against Sasha Banks at Royal Rumble. Carmella, Graves’ girlfriend in real life, attempted to dive between the bottom rope and middle rope to land on Banks at ringside.

Although she succeeded in connecting with her opponent, Carmella landed on her face and kicked herself in the back of the head. He also provided an update on her health after the match against Banks.

“Anyone watching when that dive happened and Carmella went sailing through the bottom rope, and I believe it’s known as a scorpion… that’s what my kids call it when we watch fail videos. When somebody’s feet hit the back of their head, it was not a good time. She landed face-first and I’m pretty sure she kicked herself in the back of the head. She was a little banged up but she’s still alive, she’s still kicking, she’ll be alright.”

Carmella lost the match after her sommelier, Reginald, was ejected from ringside. Banks then made Carmella tap out to the Bank Statement to retain her SmackDown Women’s Championship.

Based on Corey Graves’ comments, Carmella does not look likely to take time off after her awkward landing at the WWE Royal Rumble. Not only did she continue the match against Sasha Banks, but she competed in the Women’s Royal Rumble later in the show.

Carmella entered at No. 24 and lasted 47 seconds. She eliminated Nikki Cross in that time before being eliminated by Tamina.