The wait for the trailer of the much-anticipated Ranveer Singh’s 83 film is finally over as the makers have released the online video. Ace director Kabir Khan’s sports drama is based on the true events which follow how the Indian cricket team – a team that no one believed in, went on to win their first-ever World Cup in 1983 by beating the reigning champions, West Indies.

The trailer was out on November 30 (Tuesday) morning and managed to gather almost 500K views in no time. Apart from Ranveer Singh as Kapil Dev, the viral video showed that some of the top Bollywood actors will be featuring as the other members of that historic team. This includes:

The iconic film will be released in the theatres on December 24 in Hindi, Tamil, Telugu, Kannada and Malayalam. However, it was earlier scheduled to come out in April 2020, which got delayed due to the coronavirus outbreak in the country.

The trailer of the film has so far managed to fulfil the expectations of almost every cricket fan in India. It is stuffed well with some strong dialogues which will definitely leave the audience in tears of pride on the big screens.

Moreover, soon after the trailer was out, netizens were quick to react and share their opinions on this high-budget Bollywood drama. Let’s look at some of the top tweets: 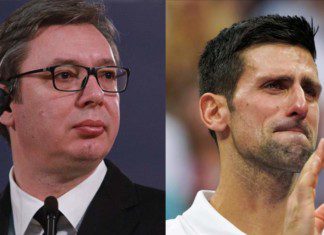