“Thank you, very sweet”: Ajinkya Rahane wins hearts when he signs a ball for kids during KKR’s practice session 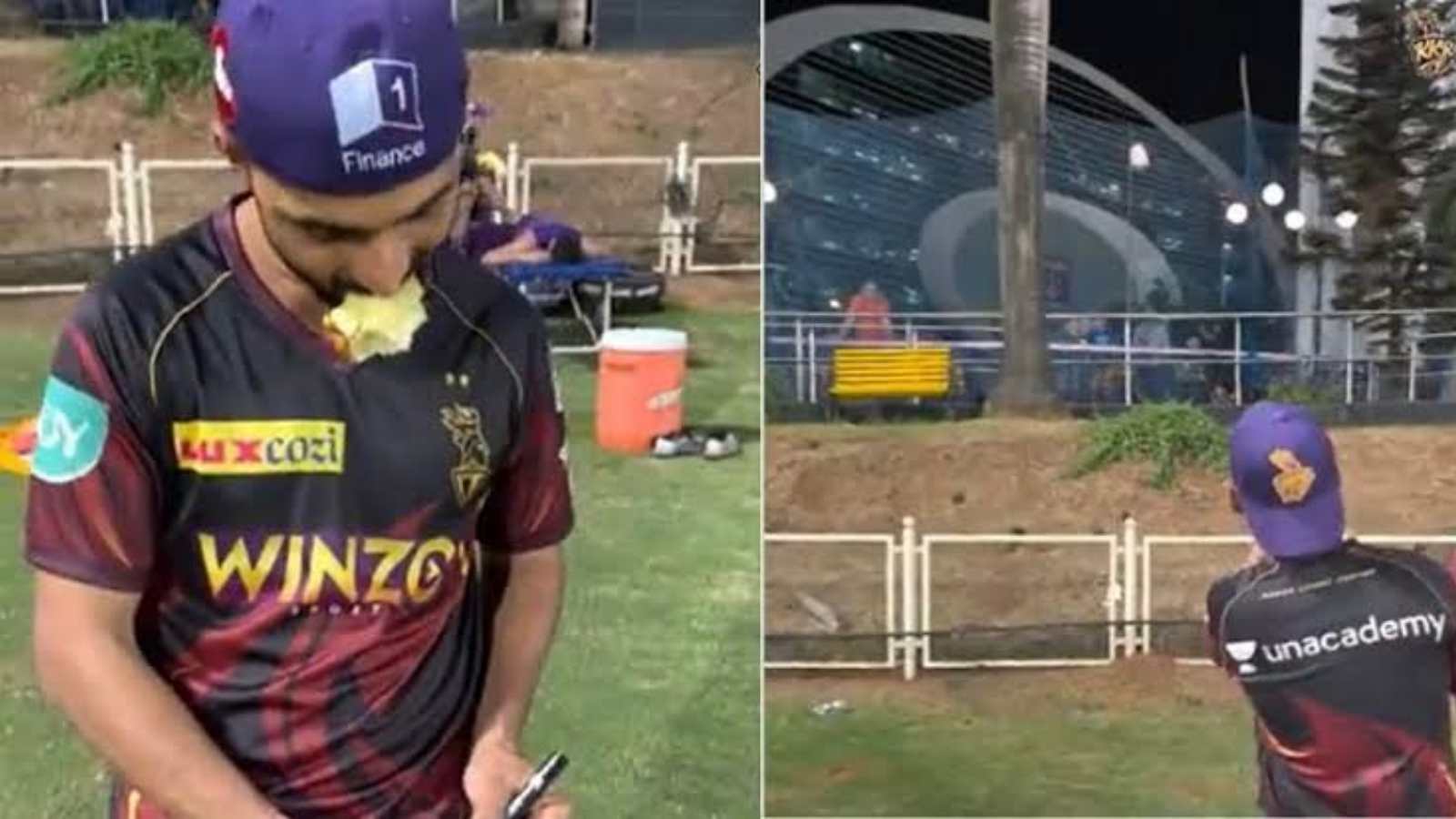 Ajinkya Rahane won some hearts when he signed a ball for the fans during Kolkata Knight Riders’ (KKR) training session in Mumbai. On Monday, KKR shared a video where Rahane is seen signing a ball and throwing it to a little fan.

In the video, the Knight Riders were having their training session when some little fans asked him to sign a ball and Rahane didn’t disappoint them.

Ajinkya Rahane is opening the innings alongside Venkatesh Iyer for KKR. He was bought by the franchise for a base price of INR 1 crore in the mega auction in Bengaluru. He began IPL 2022 with the score of 44 off 34 balls, and helped KKR win the match against Chennai Super Kings. But he failed to add much in the next two games against the Royal Challengers Bangalore (RCB) and Punjab Kings (PBKS).

Ajinkya Rahane reaches the mark of 4000 runs in IPL

Before KKR, Rahane was with the Delhi Capitals (DC) for the last two seasons. But in 2021, he played only two matches scoring 8 runs. But earlier, he was with the Rajasthan Royals and has tasted a lot of success. His best season was with the RR only when he smashed 560 runs, one hundred and three fifties in 16 matches. He even captained the RR team.

During the match against the PBKS, Rahane, although got out very quickly, did achieve a landmark. In the history of IPL, Rahane became the seventh Indian and 12th overall to cross the 4000 marks. He has amassed 4006 runs so far in IPL in 154 matches with a strike rate of 121.28 and an average of 31. 30. He has 28 half-centuries and two hundred to his name in IPL.

Also Read | Ross Taylors fails to control his emotions as he bids goodbye to cricket, receives a special guard of honor